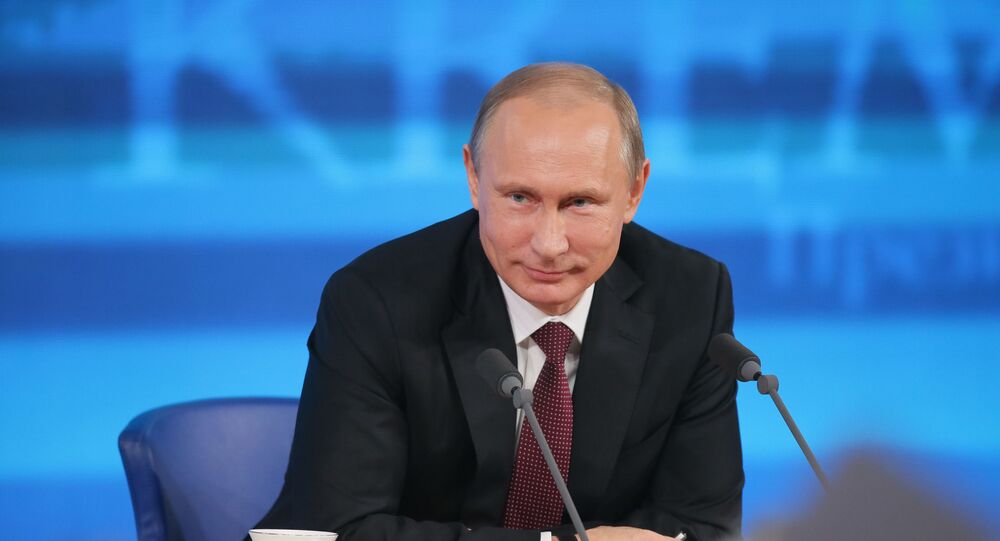 MOSCOW (Sputnik) - Russian President Vladimir Putin has not put forward any initiatives related to joining the G7, and the country does not actually seek being a member of the group, Kremlin spokesman Dmitry Peskov said on Monday, commenting on German Foreign Minister Heiko Maas' fresh statement against Russia's reincorporation into the format.

"President Putin has never presented any initiative, any address, or taken any other step aimed at resuming Russia's participation in the G7 effort", Peskov told reporters.

"Russia does not seek joining the G7, moreover, we have repeatedly said we are absolutely satisfied with the efficiency of the G20 format, which, we believe, better meets the modern economic realia, taking into consideration the global centres of the economic development", Peskov explained.

The Kremlin spokesman expressed the belief that the G7 could discuss economic issues, but could hardly aspire to global leadership.

© AP Photo / Ian Langsdon
Japan Voices Objections to US Over Inviting South Korea to G7 Summit - Reports
The statement comes after German Foreign Minister Heiko Maas stated that Russia cannot be reincorporated into the G7 format until the Ukrainian crisis is resolved.

Prior to this, Trump said that the United States is postponing the G7 meeting, originally planned for June, until September and plans to invite the leaders of Russia, India, Australia and South Korea to refresh "this very outdated group of countries". According to the US president, he does not feel that the G7 "properly represents what’s going on in the world".

Russia joined the Group of Seven in 1998, making it G8 until 2014 when other member countries gathered in Brussels instead of Sochi due to disagreements with Moscow over the Ukrainian crisis and Crimea reunification.