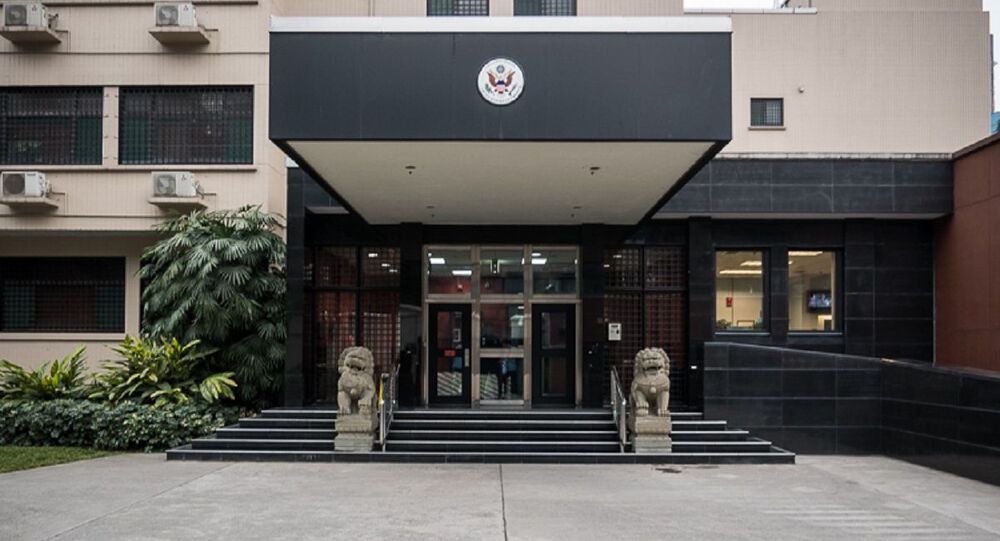 China's Foreign Ministry ordered the US to close down its Consulate in Chengdu on Friday, in retaliation for Washington's move to shut down the PRC Consulate in Houston, Texas earlier this week.

China has no right to respond to the US closure of the Chinese Consulate in Houston by shutting down the US diplomatic mission in Chengdu, US National Security Council spokesman John Ullyot has announced.

"Our action to direct the closure of the PRC Consulate General in Houston was taken to protect American intellectual property and Americans' private information," Ullyot said, speaking to reporters on Friday. "For years, the CPP [Chinese Communist Party] has taken a whole-of-society effort to steal American technology and intellectual property for commercial gain, and many of these activities are directed from PRC diplomatic facilities," the official alleged.

"As with independent journalists, American diplomats in China have long been unduly restricted from performing their duties to observe, report, and build the people-to-people ties that create mutual understanding between the American and Chinese people. We urge the CPP to cease these malign actions rather than engage in tit-for-tat retaliation," Ullyot added.

On Tuesday, Washington ordered Beijing to close its Houston consulate within 72 hours. Beijing condemned the decision as a "political provocation" and warned that it would retaliate. That retaliation came Friday, with Beijing ordering the closure of the US Consulate in Chengdu.

On Thursday, speaking at the Richard Nixon Presidential Library in Yorba Linda, California, US Secretary of State Mike Pompeo singled out the People's Republic's Houston Consulate as a "hub of spying and intellectual property theft."

"If we bend the knee now, our children's children may be at the mercy of the Communist Party...Securing our freedoms from the Chinese Communist Party is the mission of our time," Pompeo stressed.

Attacking China's ruling Communist Party has become a theme for Trump administration officials, Republican lawmakers and Republican-leaning media. Late last month, the US slapped travel restrictions on senior CPP officials over Beijing's alleged "evisceration" of Hong Kong's autonomy. Last week, US media reported that the Trump administration was considering banning party officials from entering the United States - a restriction which, if implemented, would target as many as 270 million people.

The consulate spat is the latest front in the long-running diplomatic conflict between Washington and Beijing, with the two countries sparring on issues ranging from trade and technology transfer, to the origins of the coronavirus outbreak, and geopolitical conflicts over Hong Kong, Taiwan and control of the South China Sea.

Some observers fear that the consulate spat may not end with Houston and Chengdu, with President Trump reportedly mulling the closure of additional Chinese diplomatic missions, and Beijing reportedly considering the shuttering of the US Consulate in Wuhan.