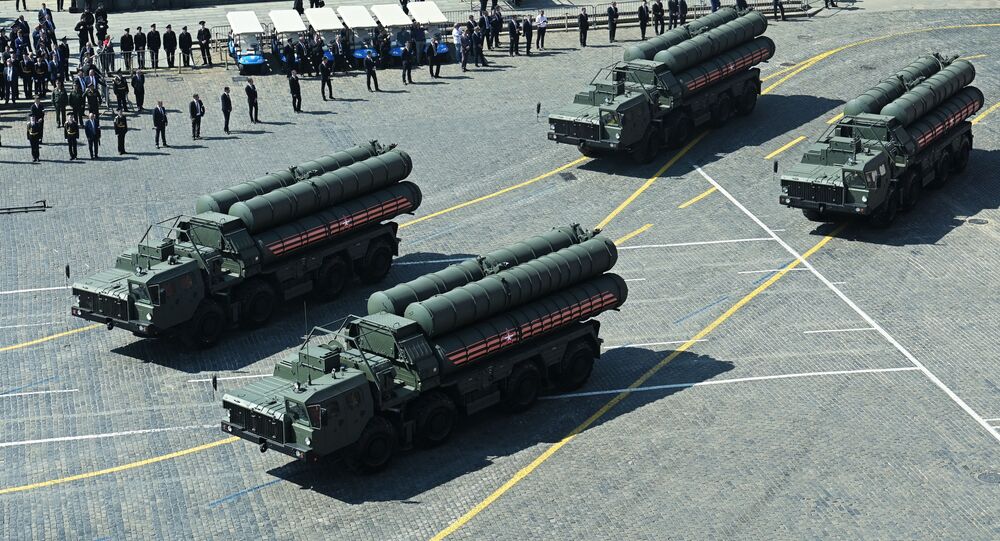 WASHINGTON (Sputnik) – Three US congressmen have introduced legislation aimed at sanctioning the government of Turkey for purchasing the S-400 air and missile defence system from Russia, Congressmen Adam Kinzinger announced on his website on Friday.

"Today, Representatives Adam Kinzinger (R-IL), Abigail Spanberger (D-VA) and Ranking Member of the House Foreign Affairs Committee Michael McCaul (R-TX) introduced legislation that would impose sanctions on the government of Turkey for their acquisition of the S-400 air and missile defence system from the Russian Federation," the release said.

The bill, dubbed the Countering Russia’s Export of Arms Act, would designate Turkey’s purchase as a significant transaction pursuant to Section 231 of the Countering America’s Adversaries Through Sanctions Act (CAATSA), the release said.

The United States and Turkey, a NATO ally, have long been at odds over the Turkish government’s purchase of the Russian-made S-400 missile defence system.

Commenting on the proposed bill, First Deputy Chairman of the Russian Federation Council's Committee on Foreign Affairs Vladimir Dzhabarov said that deliveries of Russian air defence systems S-400 to Turkey will not stop, despite the threat of US sanctions.

"There is no way back to agreements, despite any decisions of the Congress. The contract is already being implemented," Dzhabarov said.

The Turkish president will unlikely surrender to such threats from Washington, he added.

"Erdogan is a stubborn guy, this is unlikely to affect him," he stressed.

Since 2018, the United States has introduced a number of bills designed to pressure the Turkish government into cancelling the purchase, including removing Turkey from the F-35 fighter jet supply chain, despite the added costs to the program and US taxpayers.

© Photo : Russian Defence Ministry
Loading on a plane of the RF Ministry of Defense components of the S-400 Triumph anti-aircraft missile systems intended for delivery to Turkey

The US has proposed buying the S-400s from Ankara in a bid to break the deadlock over the weapons, which Washington says are incompatible with NATO security standards and might compromise the operations of the new fifth-generation F-35 fighter jets. Ankara has repeatedly vowed to activate the missile systems, delivered by Russia last summer, despite US sanctions threats.

Last month, Russia and Turkey agreed in principle on the second shipment of the S-400 air defence systems, according to the head of the Turkish defence industry secretariat, Ismail Demir. The first shipment was delivered to Turkey in 2019.