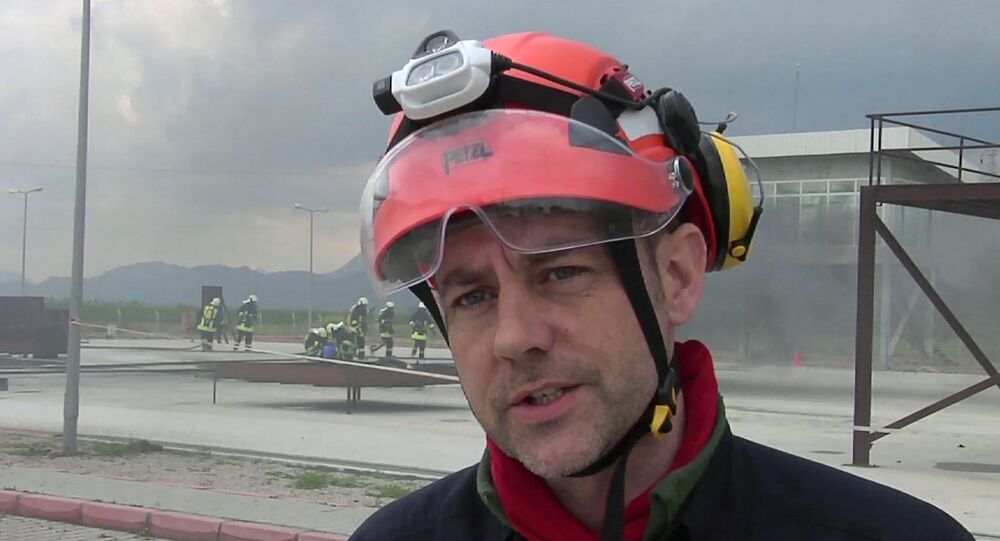 MOSCOW (Sputnik) - James Le Mesurier, the now-deceased founder of the Mayday Rescue non-governmental organization overseeing the funding of the White Helmets organization in Syria, had acknowledged misuse of donor funds before death and offered to step down, Germany's Volkskrant daily reported on Friday.

Le Mesurier was found dead in the garden of his house in Istanbul last November.

According to Volkskrant, claiming that it had obtained a letter written by Le Mesurier three days before his death, he confessed that Mayday Rescue managers had appropriated part of the money that donors allocated to the White Helmets. This is something that a Dutch-led financial investigation sounded an alarm about last year after visiting Mayday Rescue's office in Istanbul and finding fake receipts designed to conceal a missing $50,000.

Dutch accountancy firm SMK found a number of other related inconsistencies. For example, Mayday Rescue self-positioned as a non-profit, while having commercial branches in Turkey and the United Arab Emirates. Remuneration of some of the managers reportedly reached $26,000 a month, bonuses not included.

After Le Mesurier's death, the donor countries — including Germany, the Netherlands and the United Kingdom, among others — carried out an accountancy inspection that found no embezzlement traces. The German newspaper pointed out that some of the transactions are impossible to trace so much back in time.

The inspection, which was not disclosed to the public, has reportedly concluded that Le Mesurier's predeath confession of embezzlement was a result of a "misunderstanding." Yet, the European donors have terminated their funding and the White Helmets should be expected to stop functioning in a few months, the newspaper said.

The White Helmets is a UK-registered non-governmental organization. It describes itself as a group of former bakers, tailors, engineers, pharmacists, painters, carpenters, students and workers of other professions who volunteered to go to the "most dangerous place on earth" and protect local civilians from violence.

The group gained wide publicity after establishing a presence in Syria, where a civil war is in its tenth year now. While the White Helmets have been hailed in the West, Damascus has accused the group of propaganda and extremism.

Le Mesurier served in UK's MI6 foreign intelligence service and worked through wars in the Balkans and Kosovo. Several researchers have accused him of having links to al-Qaeda*.