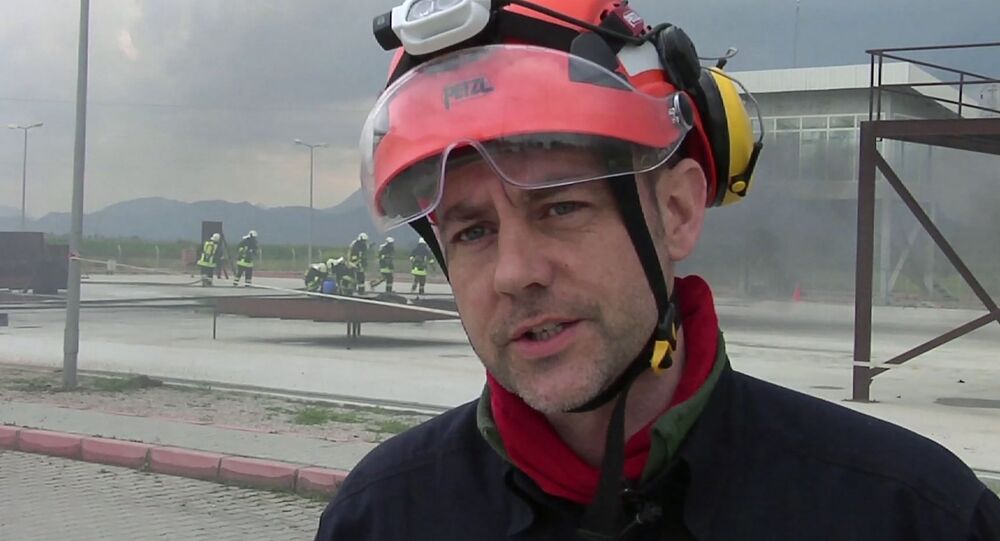 Le Mesurier’s body was found in the street in Beyoglu district in the early hours of Monday by passersby en-route to the local mosque for morning prayer, with fractures to his legs and head.

Winberg, a Swedish citizen, has provided much information to local media – and police – about Le Mesurier since his abrupt and mysterious death, including the claim he’d contemplated suicide 15 days before his death, and had been taking a variety of psychiatric medications in the final weeks of his life.

She also alleges her husband took sleeping pills on the day of incident, and she was sleeping when the incident took place early in the morning. She also said they’d received no visitors on the day of the incident, and had moved to the house in Beyoglu after Le Mesurier began to get injection and drug treatment due to a stress disorder, as they needed to stay close to a health institution.

Le Mesurier's wife, Emma Hedvig Christina Winberg was banned from going abroad due to investigation of the case.

Turkish investigators have so far found no evidence of foul play in Le Mesurier’s death after reviewing CCTV footage and conducting extensive searches in and around the apartment. Forensic investigators carried out an autopsy 12th November and his remains were taken to Istanbul airport to be sent to London.

Turkish state media reported, Le Mesurier’s body was scheduled to be returned aboard a Turkish Airlines flight on Wednesday evening. A Turkish police has said investigators have found found any evidence indicating foul play in his death - “from the first day investigators though this to be a suicide - nothing in the forensic evidence has changed that view,” they said.