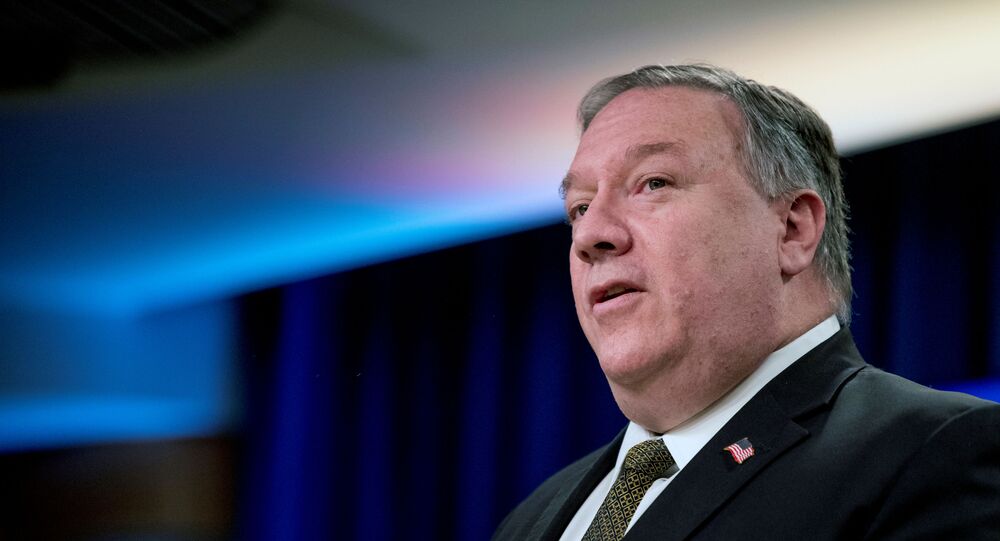 Pompeo Says US Will Impose Sanctions on Some Huawei Employees

On Tuesday, the US Secretary of State said that the UK's decision to ban the Huawei 5G network protects transatlantic security.

The US will impose sanctions on some Huawei employees, the country's Secretary of State Mike Pompeo said on Wednesday.

He added that Washington would unveil new visa restrictions on tech companies such as Huawei later in the day.

"The State Department will impose visa restrictions on certain employees of the Chinese technology companies like Huawei that provide material support to regimes engaging in human rights violations and abuses," Pompeo told a news conference.

He also said that he will visit Britain and Denmark next week, shortly after the UK announced its ban on Huawei's participation in developing the country's 5G network.

"I leave on Monday for a quick trip to the United Kingdom and Denmark, and I'm sure that the Chinese Communist Party and its threat to free peoples around the world will be high on top of that agenda," Pompeo told the media.

China's Communist Party will be the "biggest national security challenge" for the second Trump administration, he added.

On Tuesday, US President Donald Trump commented on the UK's decision to ban Huawei's 5G network, saying that the US "convinced many countries...not to use Huawei...because it's a big security risk." UK Health Secretary Matt Hancock dismissed Trump's remarks, stressing that the decision was based on a technical assessment done by the National Cyber Security Centre.

However, commenting on the decision on Wednesday, spokesman for UK Prime Minister Boris Johnson said that the reason for the UK's change of heart on Huawei was the impact of the US sanctions which were announced in May.

"Those sanctions were like nothing we had ever seen before, and led to the National Cyber Security Centre (NCSC) changing its assessment," he said.