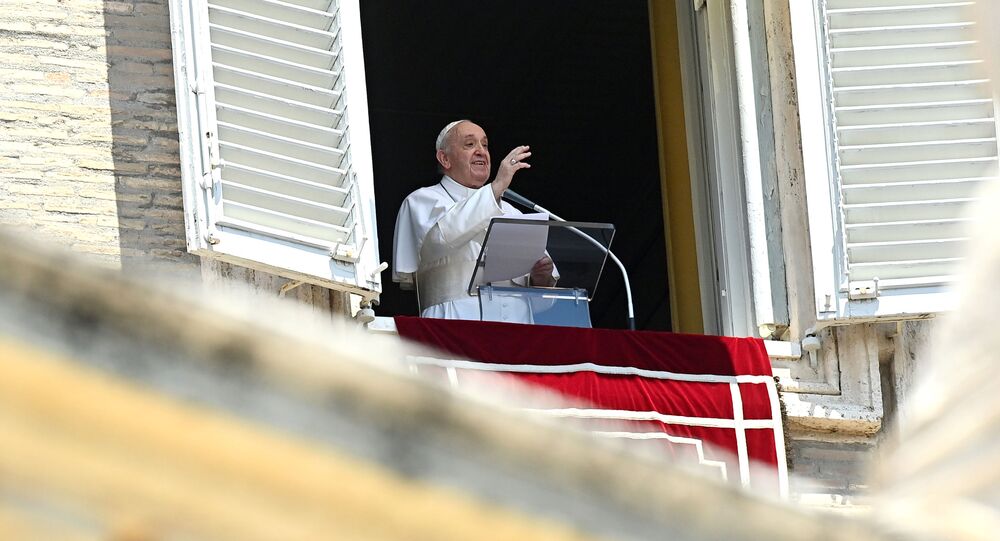 On Friday, Turkey annulled a decree which made Istanbul's historic landmark into a museum, effectively converting the site into a mosque. According to President Erdogan, the move is a step forward for Turkey.

Pope Francis has become the latest top religious figure to join the chorus of condemnation of Turkey's move to change the status of Hagia Sophia into a mosque.

"My thoughts go to Istanbul. I'm thinking about Hagia Sophia. I am deeply saddened", the pontiff said during a traditional Sunday mass at St. Peter's Square in front of St. Peter's Basilica in the Vatican City.

On Friday, Turkey's top administrative court, the Council of State, annulled a 1934 cabinet decree converting Hagia Sophia into a museum, which means that it can now be used as a mosque. Turkish President Recep Tayyip Erdogan immediately signed a relevant decree. The building, initially constructed as a Byzantine cathedral, is expected to open for Muslim prayers on 24 July.

Hagia Sophia was built as an Orthodox Christian cathedral by Byzantine Emperor Justinian and opened its doors to believers in 537 AD, remaining the world's largest Christian church for nearly a thousand years until Constantinople was captured by the Ottoman Empire and renamed Istanbul in the 15th century. Hagia Sophia was converted into a mosque in 1453, but in 1934 it became a museum under a Turkish cabinet decree, and in 1985 UNESCO added the building to its list of World Heritage Sites.