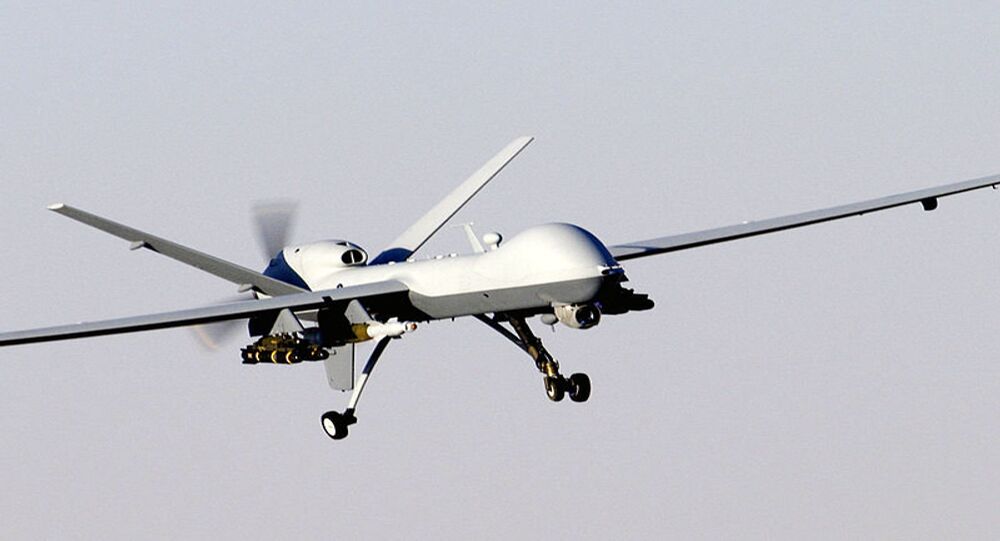 Last week, Iranian authorities issued an arrest warrant against US President Donald Trump and 35 other persons over the drone strike assassination of Revolutionary Guards Quds Force commander Qasem Soleimani in Baghdad on January 3. Interpol indicated that it would not honour any Iranian extradition request over the Soleimani case.

The January killing of Qasem Soleimani was illegal, and the US has failed to provide the international community with sufficient evidence regarding any imminent threat to its security supposedly posed by the Iranian commander, Agnes Callamard, UN special rapporteur on extrajudicial, summary and arbitrary executions has concluded.

In a report, Callamard found that Soleimani’s killing was “the first known incident in which a State invoked self-defence as a justification for an attack against the State-actor, in the territory of another state, thus implicating the prohibition on the use of force in Article 2(4) of the UN Charter.”

The rapporteur determined that Soleimani’s assassination was “directed not only at Iran but also Iraq,” and by killing him on the country's soil without first receiving Baghdad's consent meant that the US had "violated" the nation's territorial integrity.

New report on Extrajudicial, Summary or Arbitrary Executions by UN Special Rapporteur @AgnesCallamard. Important points include mythbusting #drones as "surgical" and how many issues with targeted killings are not unique to the weapon system platform. https://t.co/EHVmwQ9pxm

Furthermore, suggesting that the justifications presented by the US for the general’s killing, and those presented by Iran in its retaliatory missile strikes on US bases in Iraq, were unlawful, Callamard warned that these actions weakened the legal justifications for military action.

“Were the blurring of these lines to be allowed, States could support the legality of their acts by cherry-picking justifications from different legal spheres…The application of a ‘first shot’ theory to the targeted killing of a State actor translates into the real legal possibility that ALL soldiers, anywhere in the world, could constitute a legal target,” she warned.

According to Callamard, the technological capabilities of modern drones, combined with the logic used by the United States with its ‘war on terror’ approach to conflict over the past two decades, highlight “the real risks that the expansion of the ‘war on terror’ doctrine poses to international peace.”

“In other words, the targeted killing of General Soleimani, coming in the wake of 20 years of distortions of international law, and repeated massive violations of humanitarian law, is not just a slippery slope. It is a cliff,” she wrote.

The rapporteur stressed that Soleimani and the Iraqi Popular Mobilization Forces commander killed with him had a military status, were not killed in a setting of an armed conflict, and were thus “unlawful” targets. “It is hard to imagine that a similar strike against a Western military leader would not be considered as an act of war, potentially leading to intense action, political, military and otherwise, against the State launching the strike,” she noted.

Ultimately, Callamard argues that Soleimani’s assassination raises at least three issues “which are difficult if not impossible to reconcile with the aforementioned standards guiding the use of force,” including “i) the planning inherent to a drone strike indicating premeditation and the absence of considering alternative options (except calling off the strike); ii) the absence of evidence that the target presented an imminent or even actual threat to life…iii) the killing of 9 other persons in addition to that of General Soleimani, who individually have not been identified and assessed as presenting imminent threats. Five of these were civilians of Iraq, a US partner.”

In the rapporteur’s determination, Soleimani’s assassination is thus considered an “arbitrary killing” by the US.

Callamard is expected to present her findings to the Human Rights Council on Thursday, with the body then expected to debate what action to pursue in light of the information. The United States quit the UN body in 2018, citing the agency’s “chronic bias against Israel.” Last month, Secretary of State Mike Pompeo lashed out at the HRC as a “haven for dictators and the democracies that indulge them” after the body moved to investigate allegations of systemic racism and discrimination against black people around the world, including the United States, in the wake of the George Floyd protests.

© REUTERS / Wana News Agency
Iran’s Top Security Official Says Killing Soleimani is US ‘Biggest Gift’ to Terrorism in Region
Iranian authorities approved a measure to ask Interpol to put US President Donald Trump on its international red notice of wanted persons over Soleimani’s killing. However, an Interpol spokesperson said the agency would not agree to any Iranian request if one was made, citing a prohibition for undertaking “any intervention or activities of a political, military, religious or racial character.”

Soleimani was killed at Baghdad’s international airport on January 3 by a missile launched by a US drone, with senior Iraqi Shia militia commander Abu Mahdi al-Muhandis killed alongside him. The assassination led to a serious escalation of tensions between Washington and Tehran, and on January 8 Iran rained missiles down on two US bases in Iraq, causing traumatic brain injuries to more than 100 US troops.