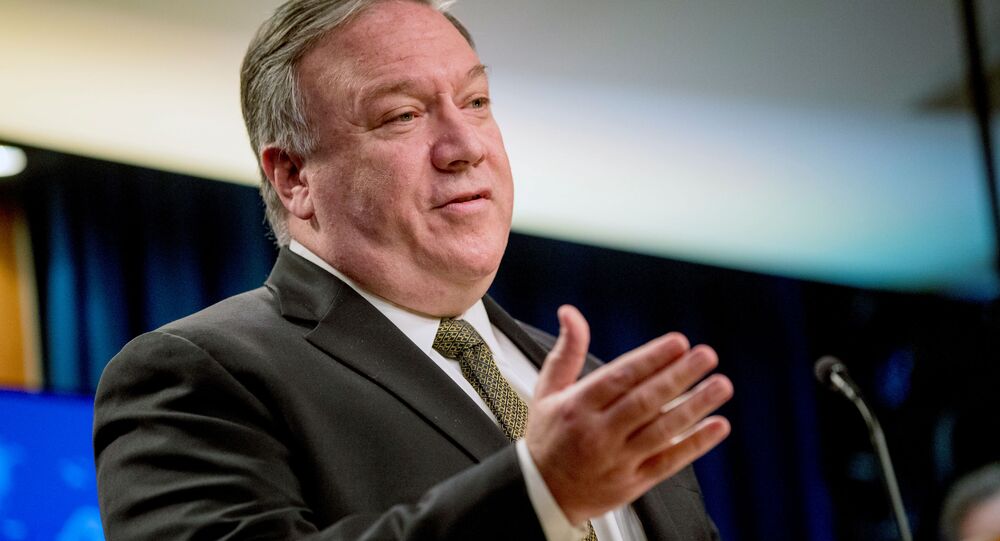 On Friday, the Human Rights Council moved to commission an investigation into systemic racism and discrimination against Black people around the world after failing to approve a probe specifically focused on the killing of African Americans, and US law enforcement’s suspected violence against protesters.

Secretary of State Mike Pompeo has lashed out at the UN’s top human rights watchdog, accusing the body of serving as a “haven for dictators and the democracies that indulge them.”

“If the Council were serious about protecting human rights, there are plenty of legitimate needs for its attention, such as the systemic racial disparities in places like Cuba, China and Iran,” Pompeo said, without elaborating.

Calling the report a “new low” for the body, Pompeo insisted that the nationwide protests in the US today are part of a “vigorous, ongoing civic discourse,” and a sign of American democracy’s “strength and maturity.”

On Friday, the Human Rights Council adopted a resolution “strongly condemning racially discriminatory and violent practices perpetrated by law enforcement against Africans and people of African descent and excessive use of force against peaceful protests,” but stopped short of focusing specifically on alleged US human rights abuses following a debate that lasted hours.

The body’s chairwoman, Michelle Bachelet, and UN-appointed committees have been tasked with examining “government responses to anti-racism peaceful protests, including the alleged use of excessive force against protesters, bystanders and journalists.”

Also Friday, Fionnuala Ni Aolain, the UN’s special rapporteur on counter-terrorism and human rights, slammed the Trump administration’s attempt to list self-described anti-fascist movement ‘Antifa’ as a terrorist organization, saying it was “regrettable that the United States has chosen to respond to the protests in a matter that undermines these fundamental rights.” According to Ni Aolain, Washington’s “loose use of terrorism rhetoric undermines legitimate protests and dampens freedom of expression in the United States.”

US Attorney General William Barr announced that Antifa’s actions amid the protests amounted to “domestic terrorism” and would be “treated accordingly” last week.

The US withdrew from the Human Rights Council in 2018, citing the agency’s “chronic bias against Israel,” and its failure to investigate alleged human rights abuses in countries the US has poor relations with, such as Venezuela.