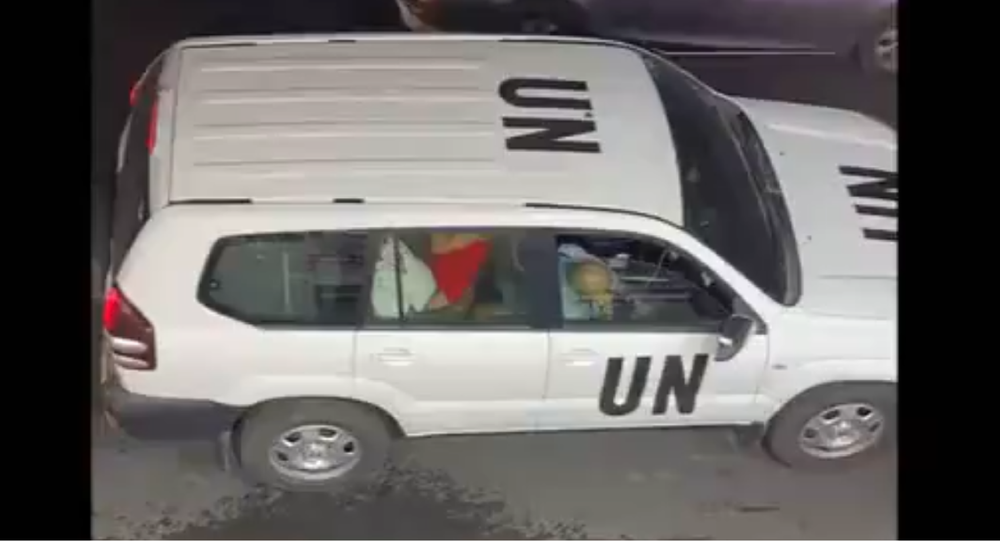 The head of the United Nations was “shocked and deeply disturbed" by the contents of a video that showed an apparent sex act in a UN official car in Tel Aviv, Israel. The video quickly went viral.

Two UN staffers from the Truce Supervision Organization (UNTSO) have been put on an administrative leave as an investigation has been launched into a video showing what is apparently a sex act inside of an official UN vehicle in Tel Aviv.

According to a statement by UNTSO, the two men are seen as "having engaged in misconduct, including conduct of a sexual nature".

"Given the seriousness of the allegations of failing to observe the standards of conduct expected of international civil servants, the two staff members have been placed on Administrative Leave Without Pay, pending the conclusions of the ongoing OIOS investigation", the statement said.

The organisation also said that it had re-engaged an awareness-raising campaign to ensure that personnel "comply with their obligations to the UN Code of Conduct".

The video released earlier on 23 June quickly went viral, initially posted by Inner City Press. The footage showed a white official UN vehicle, in which a woman in a red dress was apparently having sex with a man in a backseat.

The UN chief, along with the entire Truce Supervising Organisation, stated that they were "deeply disturbed" by the contents of the video. The behaviour of the staffers is "abhorrent" and goes "against everything we stand for in terms of the values of the United Nations and the standards of conduct of its personnel". In its initial statement reacting to the matter, UNTSO marked its "zero-tolerance policy against any kind of misconduct, including sexual exploitation and abuse".