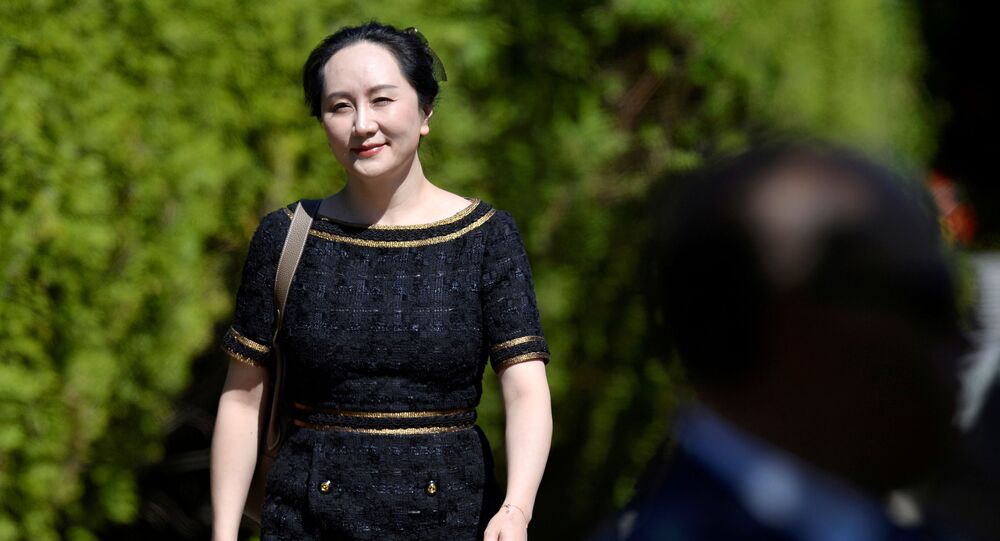 Meng Wanzhou, Huawei's chief financial officer and daughter of Huawei founder Ren Zhengfei, was arrested at Vancouver’s airport in late 2018, with Washington issuing an extradition request regarding alleged fraud related to the breach of US Iran sanctions. Meng’s detention caused an international scandal and the cooling of China-Canada relations.

The Canadian Security Intelligence Service (CSIS) had foreknowledge of plans to detain Huawei CFO Meng Wanzhou, and recognised the plan’s politicised nature, a memo obtained by her lawyers suggests.

The redacted two-page document, created hours before Meng was detained by the Canada Border Services Agency at Vancouver International Airport on 1 December 2018 en route to Argentina, confirmed that Canadian intelligence had been given a heads-up by the US on FBI plans to arrest the Huawei official. The document also urged them to brace themselves for potential fallout over the arrest, predicting that the news would “send shockwaves around the world” and “be a significant bilateral (Canada/China; US/China) issue”.

“This planned event will be of great consequence internationally and bilaterally,” the memo, whose existence was disclosed in court documents this week, predicted, admitting that arresting officers would likely realise “the highly political nature of the arrest”. The document also explained that the FBI didn’t participate in Meng’s actual arrest “in an effort to avoid a perception of influence” by the US on Canada.

Meng’s lawyers see the memo as proof of the illegal and politically-motivated nature of her detention and the US extradition request. Chinese officials have long accused Ottawa of “political persecution” against the Huawei executive, and of toeing the line of Canada’s powerful southern neighbour.

The memo’s release comes weeks after a British Columbia Supreme Court Judge greenlit Meng’s extradition case following months of wrangling by concluding that the crimes she is accused of in the US were “not fundamentally contrary to Canadian values”. The 48-year-old Huawei official is now fighting the extradition with Canada’s attorney general, accusing police and border officials of illegally questioning her and attempting to gain access to her electronic devices before issuing formal charges.

A US court quietly issued an arrest warrant against Meng in August 2018, months before her detention in Vancouver, and accuses her and Huawei of using a shell company in Hong Kong to sell equipment to Iran, in violation of US sanctions, and to lying to banks about these activities. Meng denies any wrongdoing.

Canada’s detention of Meng caused a significant cooling of Ottawa’s relations with Beijing, including economic retaliation in the form of the cutoff of Canadian meat and canola exports to China, as well as the alleged tit-for-tat detention of two Canadians – former diplomat Michael Kovrig and businessman Michael Spavor, in China on espionage charges. Meng remains under house arrest, including electronic surveillance, and lives in Vancouver. She was released on a $10 million CAD bail after her arrest in late 2018.

President Trump appeared to inadvertently reveal the politicised nature of the US case against Meng and Huawei just days after her detention in 2018, saying he could intervene with the Justice Department if it helped to secure a new trade deal with China.