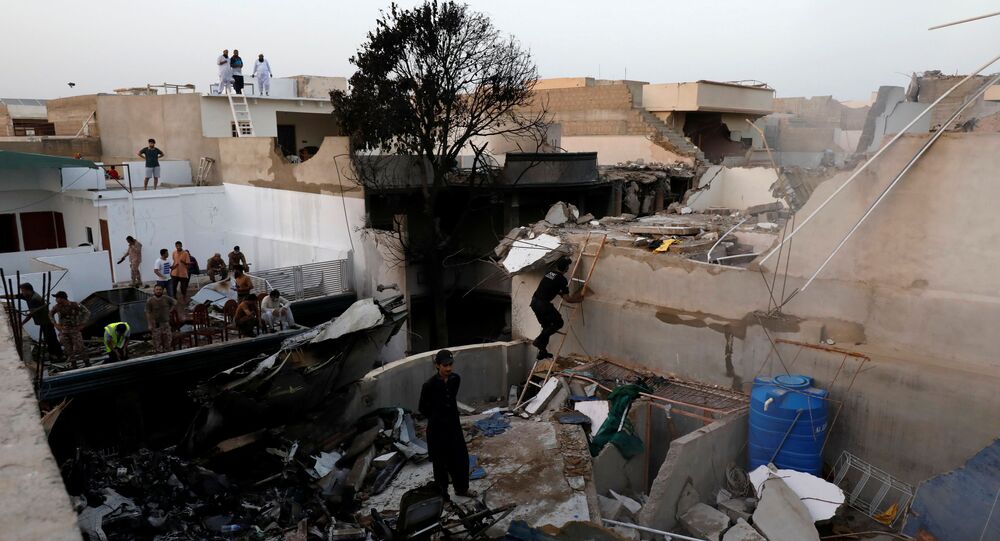 New Delhi (Sputnik): A Pakistani International Airlines Airbus A320 passenger jet crashed on 22 May in the southern city of Karachi, roughly a kilometre short of the airport runway, killing 97 of the 99 people on board.

The Cockpit Voice Recorder (CVR) of the Airbus A320 has been found amid debris from the jet on Thursday, six days after the worst airline disaster in Pakistan in over eight years. It has been handed over to the Aircraft Accident Investigation Bureau (AAIB) for investigation and it could take a couple of weeks to decode the voice recorder, confirmed the PIA spokesman Abdullah Hafiz.

“PK 8303 AP BLD Cockpit Voice Recorder has been found from the debris and handed over to AAIB team. This will be a key component in the Air Crash Investigation. PIA Teams were searching extensively for CVR aided by Airbus Team,” said PIA in a Tweet.

The flight’s digital flight data and the black box have been found by the investigators, which will provide vital clues about what happened in the cockpit during the final minutes of the crash.

The Airbus A320 crashed with 99 passengers and crew, aboard near the airport in the Pakistani city of Karachi after taking off from Lahore. The Sindh provincial health ministry has confirmed the death of all but two people aboard the plane.

A dozen people on the ground were hurt during the crash which happened in a densely-populated residential area near Jinnah International Airport.

The aircraft manufacturer Airbus said following the accident that the plane first flew in 2004 and joined the air fleet of Pakistan International Airlines in 2014.