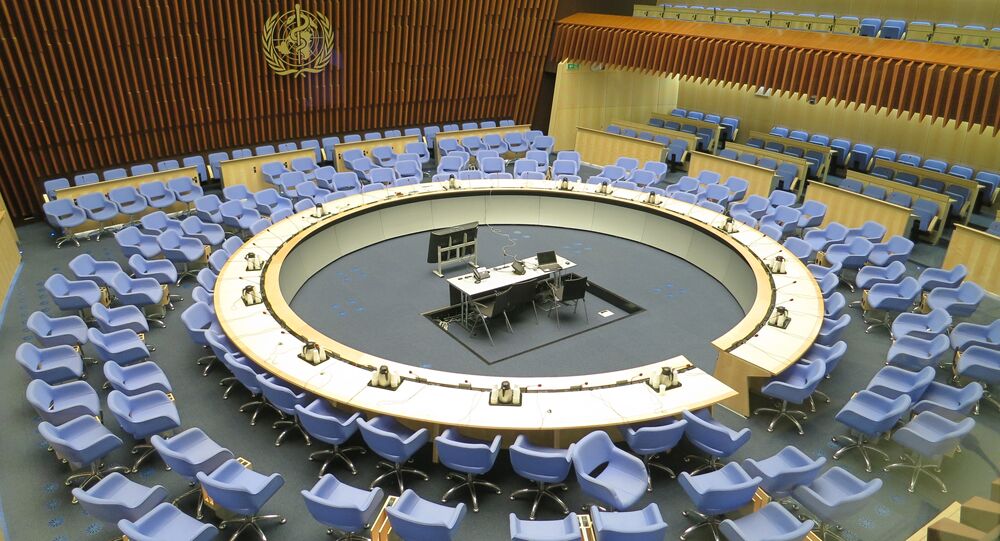 Trump Weighs Restoring Partial US Funding to WHO

MOSCOW (Sputnik) - US President Donald Trump said Saturday he was considering restoring 10 percent of US funding to the World Health Organisation that was frozen in April.

"This is just one of numerous concepts being considered under which we would pay 10% of what we have been paying over many years", he tweeted, adding "have not made final decision".

Trump said paying just 10 percent of the previous level would match "much lower" contributions by China.

Lou, this is just one of numerous concepts being considered under which we would pay 10% of what we have been paying over many years, matching much lower China payments. Have not made final decision. All funds are frozen. Thanks! https://t.co/xQUzHy4NDa

​The US president halted donations and ordered a review of the WHO after accusing it of being "China-centric" in its response to the coronavirus outbreak.

In April, Trump ordered that his country's funding of the WHO be halted over negligence, claiming that the UN health agency had impeded the global response to the coronavirus pandemic and let it spread by covering up the true scale of the initial COVID-19 outbreak China. The move was met with criticism from the WHO and the international community. At the same time, US Secretary of State Mike Pompeo did not rule out that Washington would never restore the WHO funding.

© REUTERS / Alex Brandon
White House Ready to Restore Partial Funding of WHO - Report
The US previous funding of the WHO stood at $400 million per year and Washington was the WHO's biggest donor. If the United States continues to fund the organisation in the same volume as China does, the new funding will be about one-tenth of Washington's previous yearly contributions, according to the broadcaster.

The World Health Organisation declared the COVID-19 outbreak a pandemic on 11 March. To date, more than 4.3 million people have been infected with the coronavirus worldwide, with nearly 300,000 fatalities, according to WHO latest data.