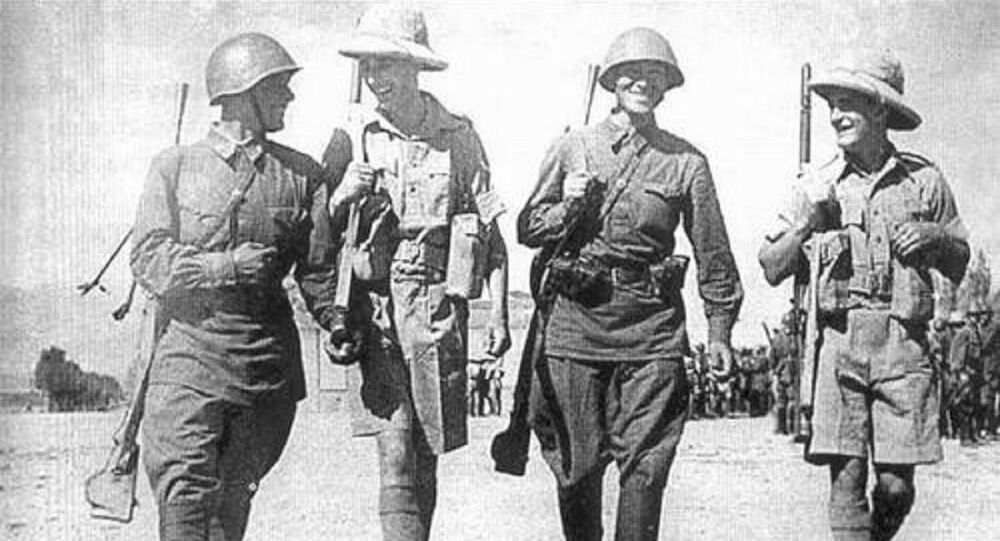 Putin told Johnson that Russia remembered the heroism of the UK Navy servicemen who helped the Soviet Army and manufacturing to receive the much-needed supplies and weapons.

"Boris Johnson, in turn, expressed gratitude, on behalf of the people in the UK, for the decisive contribution of the USSR and its soldiers to the victory over the common enemy", the Kremlin said.

The two leaders expressed readiness to improve dialogue and interaction on Russian-UK ties and to help solve international issues.

"It was said that the military alliance of the past reminds of the importance of consolidating efforts to counter current challenges and threats, one of which is the coronavirus pandemic", the Kremlin said.

The 75th anniversary of the end of World War II is observed annually on 8 May in Europe and 9 May in the post-Soviet countries.

9 May is widely celebrated in Russia and former Soviet republics as Victory Day over Nazi Germany in World War II - referred to there as the Great Patriotic War.

Putin ordered postponing the annual military Victory Day parade and the Immortal Regiment rally in Moscow due to the novel coronavirus pandemic. A new date for the festivities has yet to be announced.

The number of casualties in the Soviet Union during World War II has been estimated at 27 million. The Soviet military casualties exceeded 8.7 million, which is more than half of the total allied death toll.