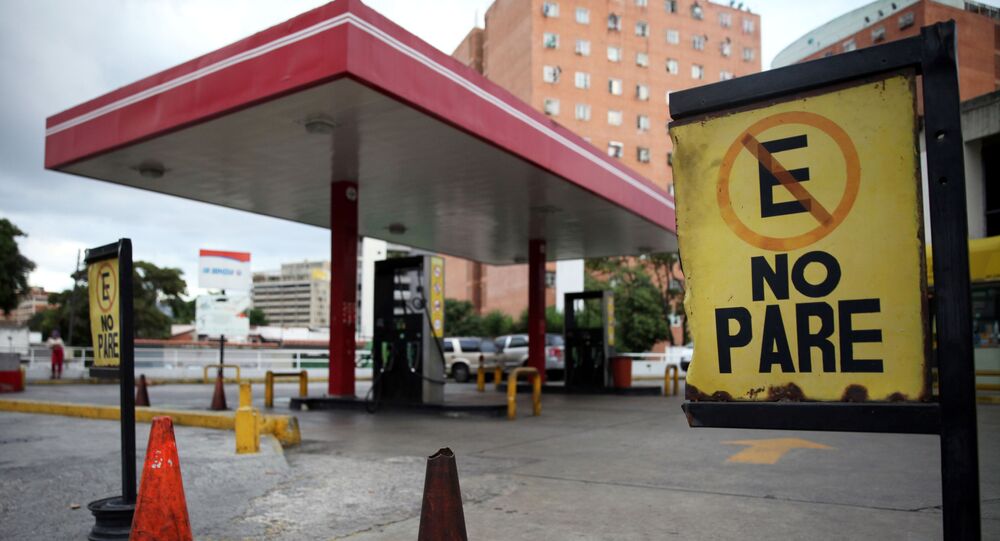 On Tuesday, US Secretary of State Mike Pompeo said that an interim government should be established in Venezuela, accepted by both Caracas and the opposition, to serve until the next presidential and legislative elections.

The West is trying to take advantage of Venezuela's difficulties during the coronavirus outbreak to depose the Maduro government, Russian Foreign Minsitry said on Thursday.

"Unfortunately, we see that a number of countries are still guided by the desire to take advantage of the difficult situation in the world and the epidemiological situation in Venezuela in particular to achieve political goals", spokeswoman for the Foreign Ministry Maria Zakharova said during a briefing on Thursday.

According to her, the idea of a coup that would lead to the ouster of the legitimately elected president of the country still remains in the minds of some political forces in the West.

"We object to the blocking of assistance to Caracas through the IMF. We condemn the US far-fetched drug-trafficking accusations against the head of a sovereign state", she added.

Venezuela has so far registered 143 COVID-19 cases and three deaths. Last week, Russia delivered the first batch of 10,000 coronavirus test kits to the country and vowed to continue this assistance. China, in turn, sent a team to medical experts to help the sanctioned and the cash-strapped country. Both nations have called for lifting sanctions on Venezuela.

Amid these developments, Pompeo said on Tuesday that an interim government could be established in Venezuela, consisting of National Assembly members and accepted by both Caracas and the opposition, to serve until the next presidential and legislative elections. The US pledges to remove sanctions should the conditions of its plan, including "the departure of foreign security forces" and free elections, be met.

Venezuelan Foreign Minister Jorge Arreaza rejected firmly on Tuesday Washington's crisis settlement plan, which envisions the creation of an interim government and elections within the next year.