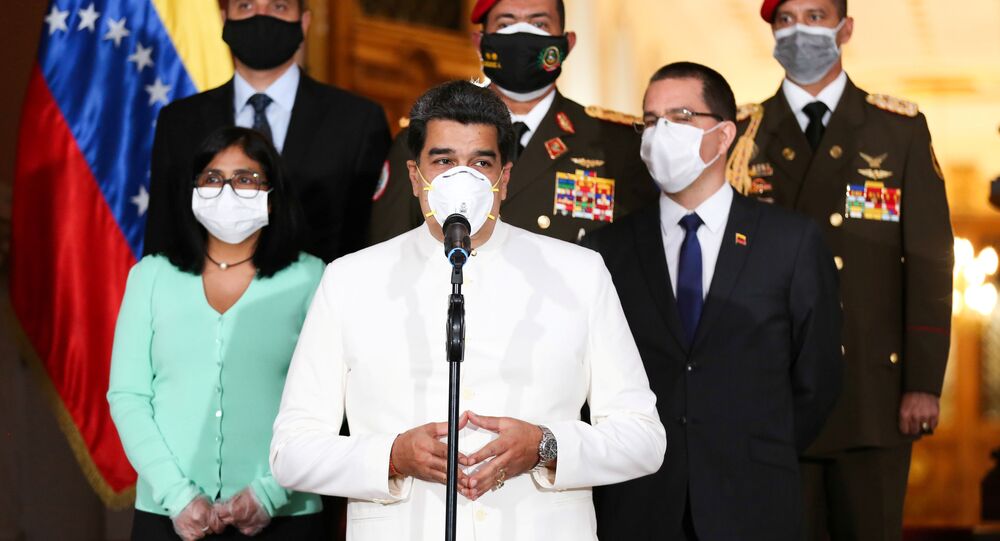 Previously, the US Justice Department accused the democratically elected Venezuelan president and 14 other top officials of being connected with drug trafficking operations and announced rewards of up to 10 to 15 million dollars for information leading to their capture.

Venezuela's President Nicolas Maduro has addressed the leaders of governments around the world in an official letter requesting their assistance relating to the matter of US attempts to arrest him and other top Venezuelan officials over accusations of drug trafficking - which he called "false" and not based on any evidence.

"In the face of such serious circumstances, I ask for your invaluable support in this unthinkable and arbitrary persecution [by the US]", the letter addressing world leaders says.

Maduro accused the US of reinventing the Cold War-era practise of calling its adversaries "communists" in order to justify persecution, instead calling them "terrorists" and "drug traffickers" in a more modern version of the approach.

The president referred to the recently presented accusations by the US Justice Department, which claimed that Maduro and 14 other top government officials had been involved in drug trafficking activities. Washington said that it would pay $15 million for information that leads to Maduro's capture and $10 million for similar information for each of the 14 other top politicians.

Venezuela's democratically elected president also condemned the US in the letter for continuing to pressure the Venezuelan economy with sanctions, preventing it from obtaining medicine and medical equipment amid the coronavirus outbreak. Maduro suggested that Washington should instead focus on international cooperation to fight the pandemic.

Venezuela reported only 113 cases of COVID-19 infection and zero fatalities as of 30 March, according to the latest World Health Organisation report. The sanctions, which have hindered the country's ability to get medicine for those infected, have been gradually introduced by the US since 2018 in a hitherto unsuccessful attempt to oust President Nicolas Maduro.