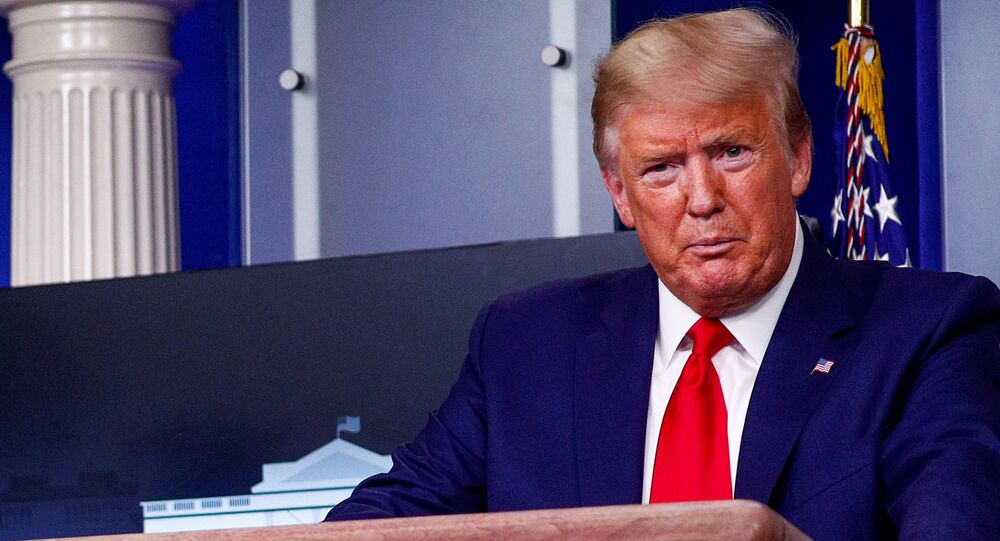 Trump Says Russia, Saudi Arabia in Talks Over Oil Prices, US to Join at Right Time

WASHINGTON (Sputnik) - US President Donald Trump said that Russia and Saudi Arabia are in consultations about the oil prices slump and the United States may join them at an appropriate time.

"The two countries are discussing it and I’m joining at the appropriate time if need be",  Trump said at a White House briefing Tuesday.

"There is so much oil. In some cases it is probably less valuable than water. We have never seen anything like that", Trump said. "Oil price you look at is $22, but it's really much cheaper than that. If you put a good bid of nine you'll probably get what you wanted".

This week, crude prices have recorded their worst ever quarter, losing as much as 66 percent. Trump admitted current prices are "hurtful" to US oil producers. "You don't want to lose the industry, thousands and thousands of jobs", Trump added.

US President added that he discussed with Putin earlier this week other issues, including coronavirus. Trump announced earlier that Russia is sending to the United States a large planeload of medical equipment and supplies to help fighting the disease.

Oil prices have dropped nearly in half since early March after members of the OPEC+ deal failed to agree on additional cuts or the extension of the oil output reduction past April. In addition, the demand in the oil market slowed down amid the uncertainty and restrictions linked to the COVID-19 pandemic.

So far, the new virus has infected more than 855,000 people and killed over 42,000, according to the count by Johns Hopkins University.