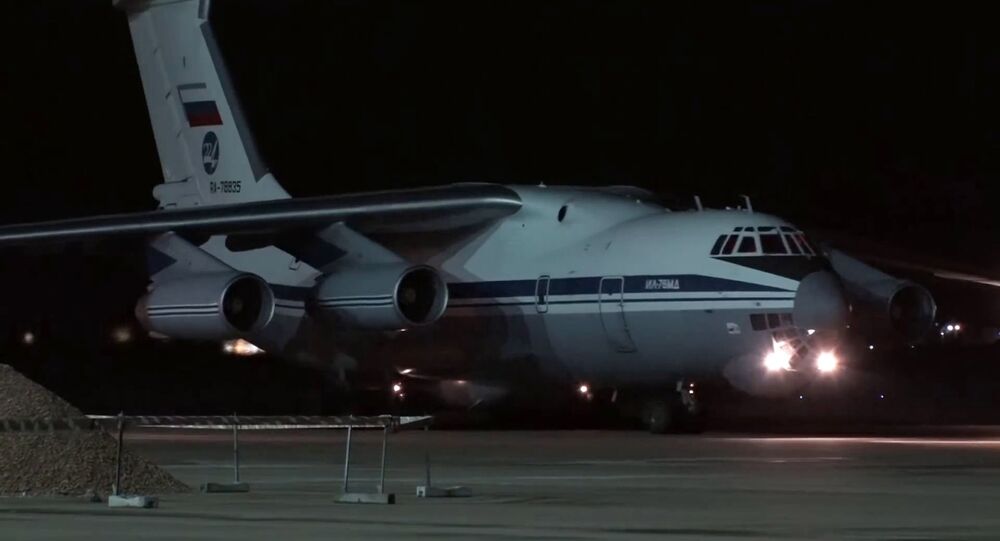 As of Monday, Russia had sent fourteen Il-76 military aircraft to Italy to assist in the fight against the coronavirus. According to the Russian Defence Ministry, Russian military experts will engage in disinfection and COVID-19 prevention after coordinating their operations with Italian authorities.

Poland's Deputy Minister of Foreign Affairs has confirmed via Twitter that Warsaw hadn’t blocked any aircraft from flying to Italy, adding that Polish airspace remains open to transit. The tweet comes in response to Russian lawmaker Aleksey Pushkov's statement suggesting that Italy-bound Russian aircraft loaded with aid to fight coronavirus had to make a detour after being denied entry into Polish airspace by the country's authorities.

Onet portal, in turn, reported, citing the Polish ministry of foreign affairs, that Warsaw had not received any request from Moscow to use its airspace in the first place.

Similarly, the press secretary of the Polish Air Navigation Services Agency Pawel Lukaszewicz said that Poland did not bar Russia from using its airspace to deliver aid to Italy which will help the nation battle the spreading coronavirus.

Aleksey Pushkov, a Russian Senator and a former chairman of the Russian State Duma Committee on International Affairs, said on Monday that Poland refused to let Russian military aircraft carrying aid to coronovirus-hit Italy use its airspace.

He noted that "from now on, Russia should not meet Poland half-way".

​The tweet reads: "Poland did not let Russian aircraft carrying aid to Italy pass through its airspace. This is meanness at the level of public policy. Moreover, the help was for an ally of Poland in the EU and NATO. From now on, Russia should not meet Poland half-way, on any issue."

The senator's statement has not been yet confirmed by the Russian Defence Ministry.

Rumours have been circulating on social media that the aircraft flying to Italy along the route were forced to make a detour, having to travel at least 3,000 kilometres more than if routed through Polish airspace.

An Ilyushin Il-76 from Russian Aerospace Forces is en route from Moscow to Rome with medical help to Italy. This is just one flight out of nine flights expected.https://t.co/iRRmx9aDB5 pic.twitter.com/yzGKcCX4q9

Russian airplanes are presently forced to calculate their routes to avoid the Ukrainian airspace, which Kiev has kept closed to Russian passenger and cargo aircraft since 25 October 2015.

On Saturday, 21 March, Russian President Vladimir Putin confirmed Russia's commitment to provide aid for Italy, the nation most drastically affected by the COVID-19 pandemic in Europe. According to Johns Hopkins University data, Italy has seen over 63,000 cases confirmed with 6,007 deaths as of 24 March.