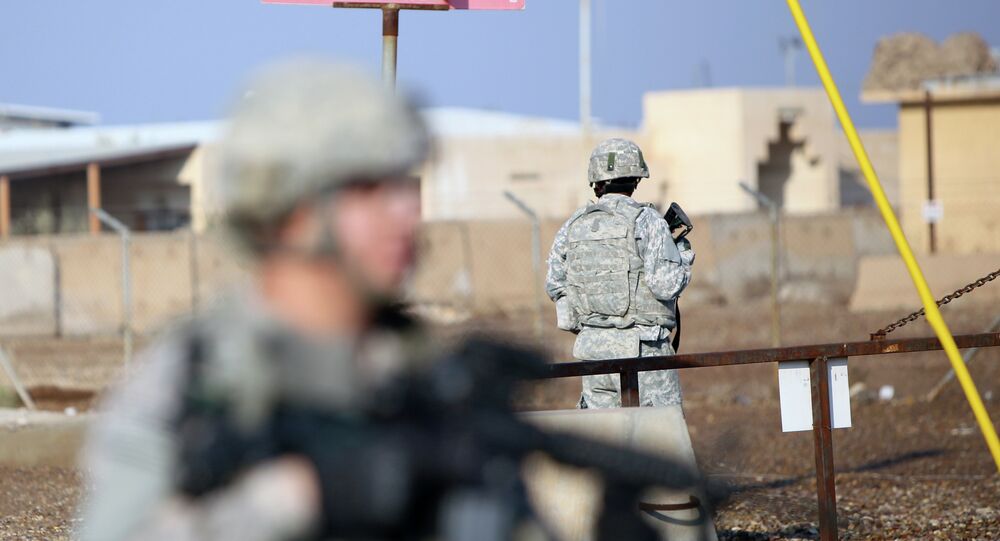 The day before, the US conducted retaliatory strikes in Iraq following Wednesday’s attack on the Camp Taji military base in the country that killed at least three service members and injured 14 others.

The Iraqi military on Friday condemned the recent US retaliatory strikes, saying that a total of six people, three army soldiers, two policemen, and a civilian were killed, while 12 more wounded in the attack.

Commenting on the strike, the Pentagon said that it targeted five weapons stores used by Iraqi paramilitary groups, including facilities housing arms. However, an Iraqi military statement said no paramilitary fighters had been killed.

Earlier in the day, UK Secretary of State for Foreign and Commonwealth Affairs Dominic Raab dubbed the recent retaliatory US attacks on five weapon storage facilities of the Shia militia Kataib Hezbollah a “swift, decisive, and proportionate” response.

"UK forces are in Iraq with Coalition partners to help the country counter-terrorist activity and anyone seeking to harm them can expect a strong response," Raab said in a statement on Friday.

The senior official also noted that he had spoken to US Secretary of State Mike Pompeo about the attack and they both agreed that it was essential to defend against such deplorable acts.

At the same time, Dominic Raab welcomed the Iraqi president's call for an immediate investigation, adding that "we must find those responsible".

© REUTERS / Ahmed Saad
US Conducts Retaliatory Strikes in Iraq Following Deadly Camp Taji Attack
The statement came after Iranian Foreign Ministry spokesman Abbas Mousavi refuted his country's involvement in airstrikes on the base, saying that US President Donald Trump should reassess US troops' behaviour in the Middle East instead of making "dangerous moves" and putting forward "groundless accusations”.

The attack came after Washington announced that it would be moving air and missile defence systems into Iraq in order to defend against ballistic missile and drone threats.