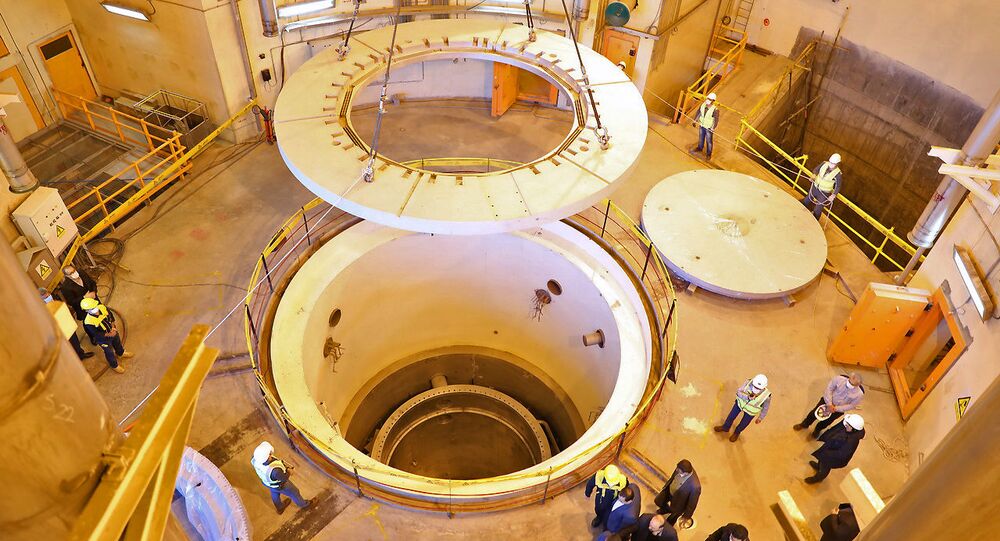 MOSCOW (Sputnik) - Iran insists that the International Atomic Energy Agency’s (IAEA) request to visit two locations that were specified in a report on Tehran's alleged violations of nuclear commitments lacked credible reasoning and was instead based on data provided by Israel, Iran’s permanent mission to the UN nuclear watchdog said on Thursday.

"Quite to the contrary, in its request for clarification and access to two locations, the Agency did not present any credible and reliable legal reasoning. Copies of papers presented to Iran by the Agency as the basis for its requests, are neither authentic nor related to the open-source, but rather claimed by the Israeli regime to have been acquired through a so-called secret operation," the mission said, referring to Israel's claims that it had information about Iran's nuclear program.

The Iranian diplomats reaffirmed Tehran’s determination to continue cooperation with the UN agency, but "strictly in line with its commitment."

"In view of this, Iran has announced to the Agency that it is ready to enter into a political dialogue with the Agency to enhance the common understanding in this regard. Accordingly, Iran has accepted the visit by the DDG [Deputy Director General Massimo] Aparo for further discussion, which the Agency preferred to issue a written report instead," the mission added.

Earlier in the week, Reuters reported, citing the agency’s extraordinary report on Iran’s nuclear activities, that Tehran had accumulated more than a tonne of low-enriched uranium — in violation of the nuclear deal's restrictions — since scrapping its core commitments under the accord in response to renewed US sanctions.

© AFP 2021 / ALEX HALADA
Macron, IAEA Director-General Discuss Agency's Work in Iran, North Korean Nuclear Programme
The IAEA urged Iran to provide access to two locations that were listed in the report. In an explanatory note, published on its website, Iran’s permanent mission to the IAEA said on Thursday that the organisation's Additional Protocol, which gives it the authority to carry out inspections, stipulates that the IAEA’s requests should "specify the reasons for access".

In April 2018, Israeli Prime Minister Benjamin Netanyahu said that Israeli intelligence had obtained about 100,000 files from a secret compound in Tehran that allegedly proved Iran's nuclear program had a military dimension, codenamed the "Amad Project." Iran has repeatedly denied the claim.