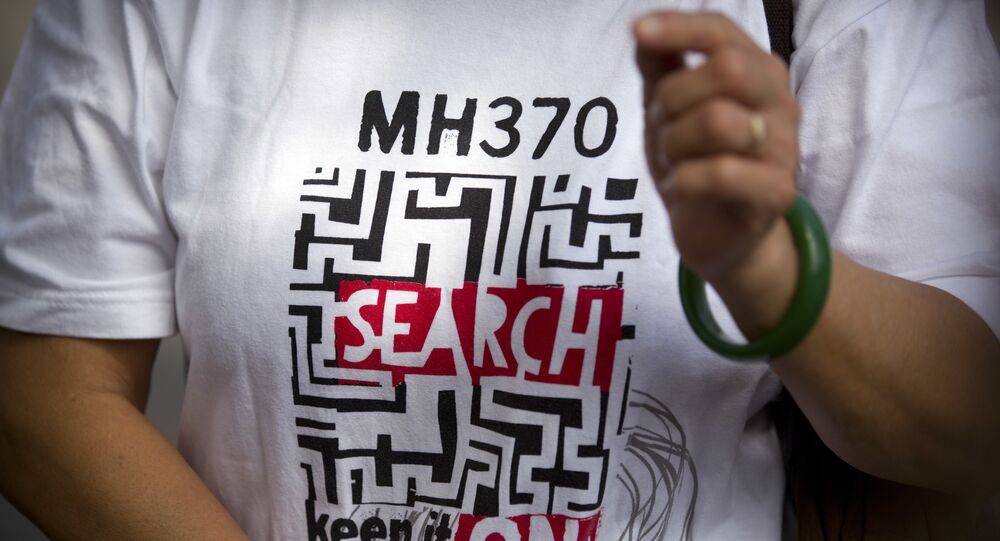 Book Links MH370 Disappearance to Russia, Claims It Was Flown to Space Port in Kazakhstan

Malaysia Airlines Flight 370 vanished in March 2014 with 239 passengers and crew on board en route from Kuala Lumpur to Beijing. The plane’s disappearance coincided with a spike in international sanctions over the situation on the Crimean Peninsula.

Author and journalist Jeff Wise has claimed that Russia was behind one of the biggest aviation mysteries of all time – that of the flight MH 370.

Jeff Wise recalled in his 2015 book, The Plane That Wasn’t There, that the fight disappeared at a time of heightened tensions over Crimea.

What was going on in Crimea at the time?

The peninsula became part of the Russian Empire in 1783, and was transferred to Ukraine, then part of the USSR, in 1953 by Soviet leader Nikita Khrushchev. The reasons for that move are still disputed and range, in different accounts, from Ukraine’s close economic and infrastructural ties with Crimea to an attempt by Khrushchev to garner the backing of Ukrainian elites in the power struggle that followed Joseph Stalin’s death that year.

Following the US-backed February 2014 coup, aka Euromaidan, which ousted Ukraine’s legitimate leader President Viktor Yanukovich, the predominantly Russian-speaking Crimea held a referendum on whether to rejoin Russia. An overwhelming majority (more than 96 percent), with an 89 percent voter turnout, chose reunification.

On 6 March 2014, US President Barack Obama signed an executive order that authorised sanctions on individuals and entities “responsible for violating the sovereignty and territorial integrity of Ukraine”. Russia vowed to retaliate.

The Boeing 777 disappeared over the South China Sea later the following day, 40 minutes after take-off from Kuala Lumpur Wise. An international investigation found using satellite data that someone veered the plane off course, and it probably crashed somewhere in the southern Indian Ocean.

No physical trace of the Boeing has been found despite two large-scale underwater search operations, aside from several pieces of debris across that washed up on islands across the Indian Ocean.

But Wise claimed that, despite satellite data indicating a crash in the south, Russian special forces hijacked the plane and flew it to the north – to Kazakhstan, one of Moscow’s closest allies.

“Indeed the weeks before MH370’s disappearance saw incredibly critical language from European and American officials in response to Russia’s move in Ukraine,” he wrote, adding that Russia had either tried to demonstrate its power to the West or, just the opposite, trying to distract international attention from Crimea.

Wise, who blogged on the story extensively at the time and commented on it for CNN, claimed that the hijackers had tampered with satellite responders. He suggested they laid a false trail to make it look as if the plane was heading southwards while it was actually flying to Baikonur, a Soviet-era space port in southern Kazakhstan leased to Russia. Baikonur has an airstrip called Yubileyniy, which Wise said could have been used to land the MH 370.

The journo did not expand on what happened to the 239 people on board next, and his theory has never gone beyond yet another conspiracy. “It’s hard to come up with a plausible motive for an act that has no apparent beneficiaries,” he conceded.