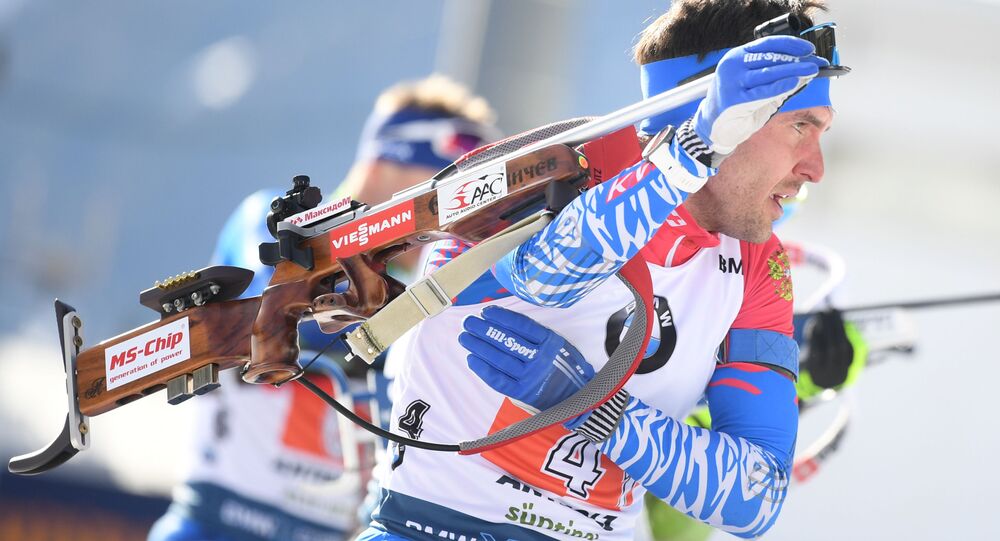 MOSCOW (Sputnik) - The Russian Embassy in Rome earlier sent a note to the Italian Foreign Ministry regarding searches at the rooms of Russian biathletes. The embassy called on Rome to ensure that conditions are met for the Russian biathletes to prepare and compete in international competitions.

Searches conducted in hotel rooms of Russian biathletes in Italy did not reveal any evidence of doping use, the Russian Embassy said.

"The first results of the search point to the absence of evidence, but biathlete A.V. Loginov had his phone and laptop confiscated, while his personal coach A.V. Kasperovich had his phone taken for further investigation," the embassy said in a press release.

Earlier in the day, Russian Foreign Ministry spokeswoman Maria Zakharova said that Russian diplomats were dealing with the search conducted in hotel rooms of Russian biathletes in Italy, hoping that everything will be resolved in the near future.

"We started to deal with it right away, as soon as the first information was received. I take this opportunity to wish our athletes strong spirit. I can assure that the diplomats are working on this issue, and we hope that everything will be resolved in the near future," Zakharova told the Rossiya 24 broadcaster.

Zakharova added that Russian diplomats in Rome contacted the Italian Foreign Ministry and the government's administration.

Russian Sports Minister Oleg Matytsin ordered to urgently request all information about the incident and the circumstances that led to it from the RBU.

The sports ministry said it was in contact with the Russian embassy in Italy and was closely monitoring the developments.

Alexei Nuzhdov, the first deputy president of the Russian Biathlon Union (RBU), said earlier in the day that searches were underway at the rooms where Russian biathletes Evgeniy Garanichev and Alexander Loginov and coach Alexander Kasperovich were staying in during a tournament. Italian police seized the team members' laptops during the searches. Later, RBU head Vladimir Drachev said that the search was connected with Kasperovich's accreditation and with Loginov's previous doping issues. Drachev also said that the Italian police might suspect Kasperovich of bringing doping to the World Cup under foreign accreditation.