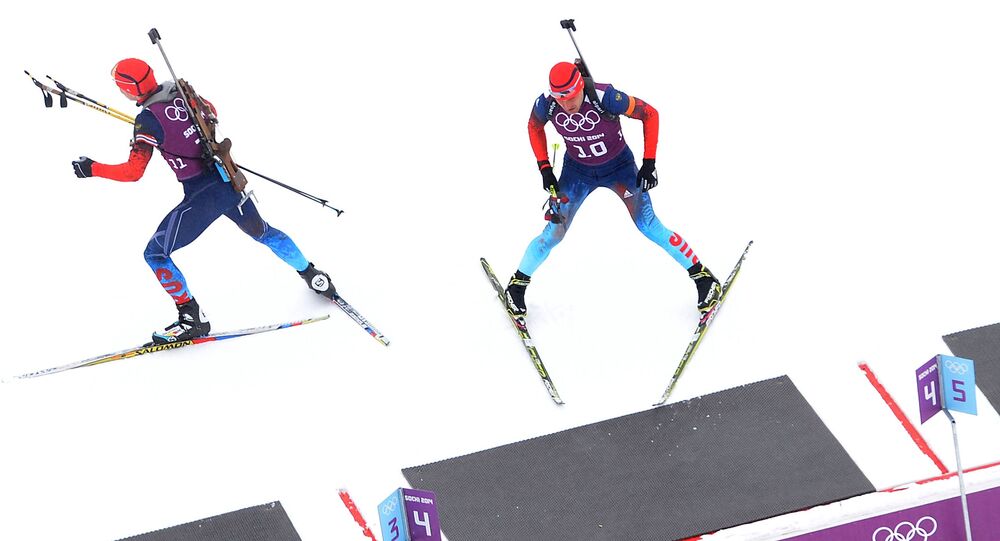 MOSCOW (Sputnik) - Alexei Nuzhdov, the first deputy president of the Russian Biathlon Union, earlier said that searches were underway in the rooms where Russian biathletes Evgeniy Garanichev and Alexander Loginov and coach Alexander Kasperovich live at the tournament. Italian law enforcement seized the team members' laptops during the searches.

Russian diplomats are checking reports about searches at rooms where Russian biathletes live amid World Championships in Italy's Antholz-Anterselva, the Russian consulate general said on Saturday.

"The consulate general of Russia in Milan is checking media reports about searches at rooms of Russian biathlon team members," the mission's spokesperson told reporters.

The diplomats are contacting Italian police for clarifying circumstances of the situation, the spokesperson added.

"An employee of the Russian consulate general has been dispatched to Anterselva, where the Biathlon World Championships is currently underway and the Russian team is stationed, for assisting Russian biathletes on the spot," the mission added.

"The reason is simple, [it is] a statement by one of the IBU [International Biathlon Union] higher-ups about testing Alexander Kasperovich and Alexander Loginov as an athlete previously caught using doping. They think that there is some kind of connection. The search is linked to accreditation and doping. Kasperovich may be hiding under another person's accreditation and smuggling prohibited substances to the world championship," Drachev said.

The official added that the search had been concluded. Drachev is currently at a police station together with Kasperovich, while Loginov is preparing for an upcoming race.

The Russian Embassy in Rome has sent a note to the Italian Foreign Ministry regarding searches at the rooms of Russian biathletes. The embassy has called on Rome to ensure that conditions are met for the Russian biathletes to prepare and compete in international competitions.

"[The embassy] sent an official note to the Italian Foreign Ministry, demanding that the Russian team be guaranteed proper conditions for preparing and participating in the international tournament in Italy. The local law enforcement and the prosecutor’s office have been sent official requests," it said.

Later on Saturday, the Russian team is competing in the World Championships Men's Relay. Both Garanichev and Loginov, as well as Matvey Eliseev and Nikita Porshnev, have been set to participate in the race.