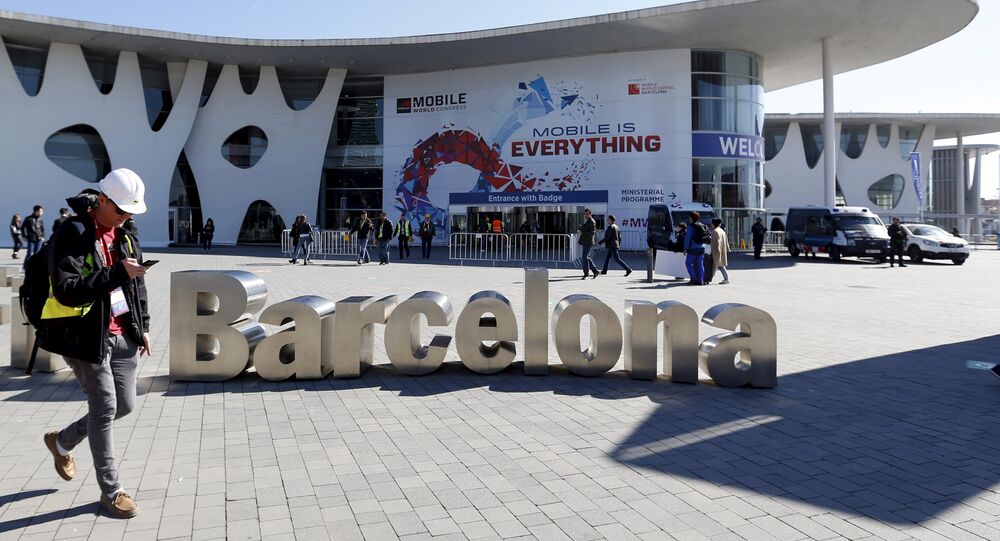 MADRID (Sputnik) - Organizers of the Mobile World Congress (MWC), one of the world's biggest annual exhibitions in the mobile industry, which was cancelled because of the deadly coronavirus outbreak, have said it is too early to say exactly how much money they lost from their decision.

The forum was set to be held in Barcelona from February 24-27. However, on Wednesday, the GSMA organization, which represents the interests of mobile network operators, announced that the event had been cancelled after more than 20 companies refused to attend due to the coronavirus, including Ericsson, Sony, LG, Nokia, and many others.

A a press conference in Barcelona earlier in the day, GSMA Director General Mats Granryd said that the organizers had not yet calculated the losses, adding that participants' health and the event’s reputation were more important than the issue of money.

Barcelona Mayor Ada Colau, in turn, said that the city was fully prepared for the event and that the cancellation would negatively affect the Catalan capital.

So far, two coronavirus cases have been detected in Spain. Both men, a German and a UK national, were isolated for treatment after testing positive for the virus.

The current death toll from the complications caused by the coronavirus, named COVID-19 by the World Health Organization, exceeds 1,300, and some 60,000 people have been infected worldwide.