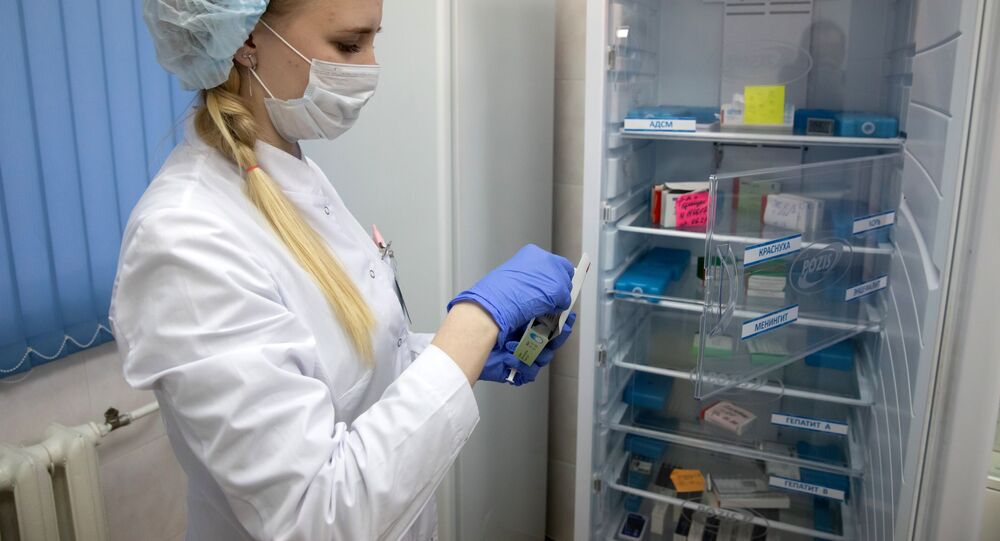 MOSCOW (Sputnik) - Two Russian universities are working on the development of a vaccine against a new type of the coronavirus infection, Anna Popova, head of the Federal Service for the Oversight of Consumer Protection and Welfare (Rospotrebnadzor), said on Saturday.

"The vaccine is being developed in two institutes at the same time," Popova said in an interview with the Russian Rossiya 1 broadcaster.

The head of Rospotrebnadzor added that this was a standard scientific process.

"Some [scientists] work according to one algorithm, others according to another. Many world countries are engaged in this [process]. It is yet unclear when the results will be achieved, but the main task today is to take all preventive measures," Popova noted.

She went on by saying that Russia was doing everything to contain the virus, as well as to prevent the epidemic from spreading if it penetrates. At the household level, Popova advised following the same rules that are followed for the prevention of influenza.

© CC BY 2.0 / Tom Wang
One of China's Most Popular Holiday Destinations Shuts Down Tourist Sites Amid Spread of Coronavirus
The first cases of the unknown type of viral pneumonia were recorded in China's city of Wuhan in late December. It has since been confirmed to be a new strain of the coronavirus – 2019-nCoV or Novel Coronavirus.

According to the latest official data, 1,330 people have been infected, with 41 people having died of the disease.

Confirmed cases of the coronavirus have also been recorded in Hong Kong, Taiwan, Thailand, Japan, Vietnam, South Korea, Singapore, Nepal, France, the United States and Australia. However, the World Health Organisation said on Thursday that it was too early to declare a global emergency.