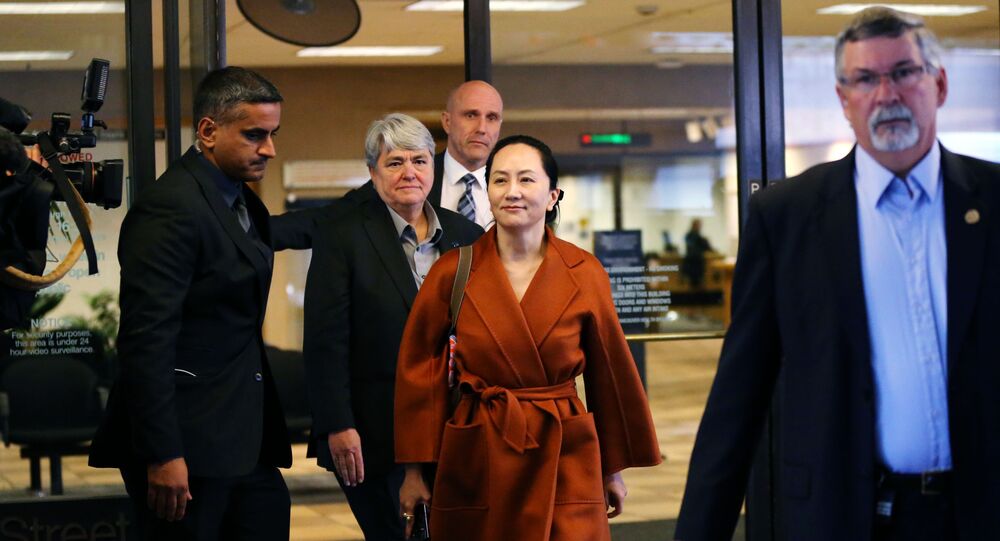 Huawei's top executive was arrested in Canada in December 2018 following an extradition request from the US, over her alleged involvement in noncompliance with American sanctions against Iran.

Calls for Meng's release come amid the imminent possibility of her extradition to the United States. Canada's Department of Justice has recently released documents indicating that she could still be handed over to Washington despite objections from her legal representatives.

A hearing on her extradition is scheduled to take place later today in Vancouver.

Meng's attorneys have stressed that their client cannot be extradited to the United States on charges of violating anti-Iranian sanctions since this does not constitute a crime where she was apprehended.

However, the Canadian judiciary has ruled that her case qualifies as 'fraud' which is a punishable offence in Canada.

Meng Wanzhou was arrested in Canada in December 2018 on request of the United States. Washington maintained that the Huawei executive was involved in banking schemes that allowed Iran to dodge US economic sanctions.

The company decried the arrest and denied US claims. Meng herself also dismissed the charges against her as false. Chinese authorities, in their turn, called the arrest politically motivated.

Meng's detention came at the time when the United States and China were locked in a trade war. Things, however, appear to have eased slightly in the recent weeks, as China and the US secured a 'phase one' trade deal after months of tough negotiations.