MOSCOW (Sputnik) - The 652-page World Report 2020, which describes human rights practices in about 100 countries, was set to be released at a news conference on Wednesday. Roth’s introductory essay, in particular, raised concerns about the Chinese government "carrying out an intensive attack on the global system for enforcing human rights."

Kenneth Roth, the executive director of Human Rights Watch (HRW), was denied entry to China's special administrative region of Hong Kong, where he was to present an annual report by the organisation that contained criticism of China's human rights record, the watchdog said.

"Hong Kong authorities denied Kenneth Roth, executive director of Human Rights Watch, entry to Hong Kong, where he had planned to launch the organization’s World Report 2020 ... Immigration authorities told Roth, a US citizen, that he could not enter when he landed at Hong Kong International Airport on January 12, 2020 but gave no reason," the organisation said on Sunday.

The director now plans to launch the report at a news conference at the United Nations in New York on Tuesday. On Twitter, Roth slammed the authorities' decision and said that the denial only illustrated "the worsening problem."

It's striking how no one would take responsibility for barring me from Hong Kong to release @HRW's World Report highlighting Beijing's assault on the human rights system. The decider was some anonymous official. The only explanation: "immigration reasons." https://t.co/Y8uHulKoa4

​The watchdog's chief has visited Hong Kong many times, including in 2018 when he presented a report on gender discrimination in the Chinese job market. However, in early December 2019, a Chinese Foreign Ministry official threatened to introduce sanctions against the organisation and some US-based pro-democracy organisations. Neither Beijing nor Hong Kong authorities have since provided further details. At the same time, Hong Kong immigration authorities have denied access to the city to visitors who criticized the mainland and Hong Kong governments, including a US photographer who documented Hong Kong protests earlier this month. 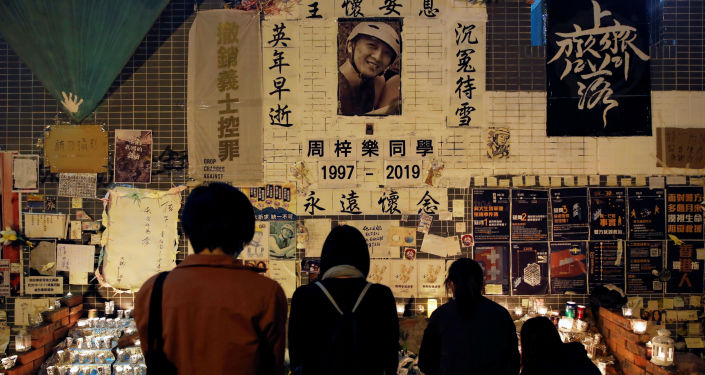 Hong Kong has been gripped by violent protests since June. The demonstrations, initially a response to a controversial extradition bill, continued even after the highly unpopular measure was withdrawn in October. Beijing views the situation in Hong Kong as the result of foreign interference in China's domestic affairs and expresses full support for the local authorities' actions. Earlier in January, the Civil Human Rights Front decried the way the city's law enforcement officers handled the unrest and called for an independent investigation into police actions during the protests, amnesty for the detained protesters and universal suffrage.