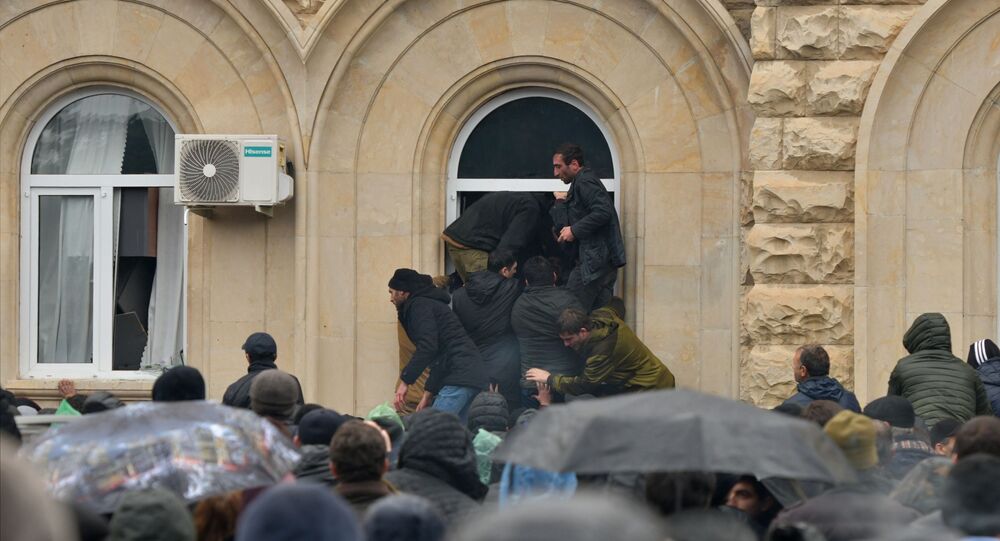 SUKHUM (Sputnik) - The opposition in Abkhazia handed over the presidential administration building they had occupied earlier to the state security service after the Republic's President, Raul Khajimba, signed a resignation letter.

At the moment, the opposition, including deputies, has left the administration building, having been replaced by civil servants and the commandant.

The parliamentary session, where lawmakers would address Khajimba’s resignation, will be held on Monday in the same building.

Protesters broke into Khajimba's office on Thursday, knocking windows and doors out. They demanded the President's resignation.