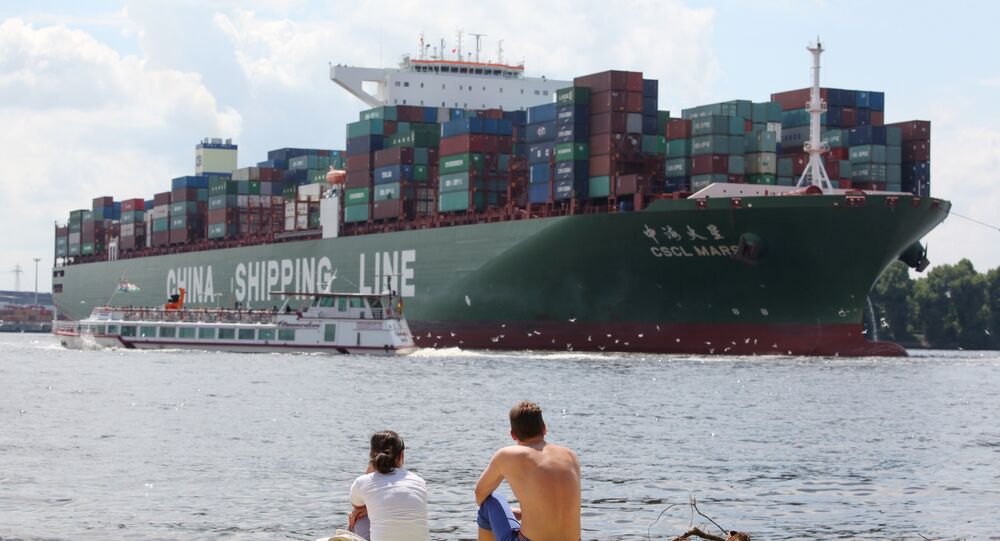 The WTO has come under unprecedented pressure since Donald Trump, a well-known advocate of protectionism, took office. The organisation’s dispute settlement mechanism is now at risk of collapsing as the US has been blocking appointments to its Appellate Body.

The United States, China, and Germany are the countries that make the biggest profits from membership in the World Trade Organisation, a new study has found.

According to the Bertelsmann Foundation, a German-based think tank, the United States benefited by $87 billion from international trade in 2016. China brought in $86 billion, and Germany made $66 billion.

Data from 2018 shows that these countries are also the top 3 leading traders in merchandise and services.

WTO member states saw their exports increase by 14 percent between 1980 and 2016, the Bertelsmann study has revealed, with exports to non-WTO members falling by 5.5 percent over that period of time.

WTO membership in 2016 added $855 billion to prosperity worldwide, a figure that represents about 1 percent of global GDP.

Christian Bluth, a trade expert at Bertelsmann Stiftung, has called for an “urgent update” to the WTO but warned that a rule-based global trade system has no future “without the enforcement of rules", as quoted by DW.

The WTO – the only global organisation responsible for setting and enforcing rules for trade between nations – has 164 members and 23 observers. It grew out of the 1947 General Agreement on Tariffs and Trade and commenced in 1995.

Of the UN member states, only Eritrea, Kiribati, the Marshall Islands, Micronesia, Monaco, Nauru, North Korea, Palau, San Marino, Turkmenistan, and Tuvalu are neither members nor observers of the WTO.

Ahead of its 25th anniversary, it has come under increased pressure from the United States. The US has been the most active participant in the system, having lodged 124 complaints and acted as defendant in 155 cases between 1995 and 2017.

Washington has been systematically blocking new appointments for the seven-member Appellate Body, the organisation’s dispute settlement mechanism, claiming that it overrules US law and favours its competitors. President Donald Trump had repeatedly accused the trade body of treating his country “very badly".

Despite those claims, the United States has won 87 percent of the cases it has brought to the WTO and lost 75 percent of cases filed against it – both numbers are better than the average.

Earlier this month, the Appellate Body came to a halt after two of the last three judges stepped down because their terms had expired but there was no replacement in place. At least three judges are required to hear an appeal.

This doesn’t mean that nations will no longer able to resolve their trade disputes (some have already sealed workaround deals to prevent this), but has put the future of the international body at risk.

“The WTO risks becoming irrelevant and non-existent”, China’s former deputy finance minister Zhu Guangyao said this month, warning that “the function of the WTO is now facing a real danger of being suspended”.