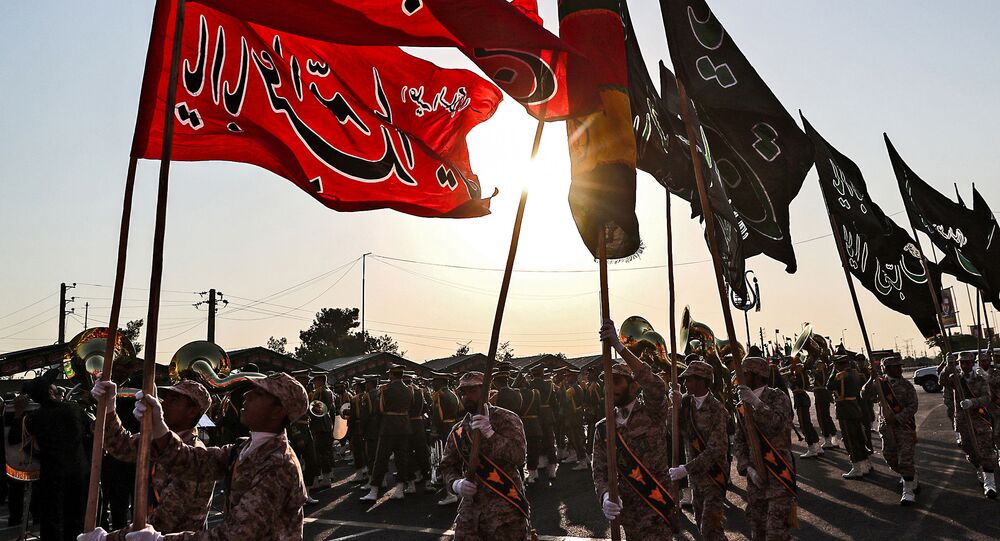 Russian and Chinese warships joined Iran’s Navy and Revolutionary Guards vessels on Friday for four days’ worth of maritime exercises in the Gulf of Oman and the northern Indian Ocean, simulating search and rescue, anti-piracy and shooting drills.

The US Navy is concerned that the recent lull in hostilities with Iran following this summer’s string of escalatory actions in the form of tanker sabotage attacks, ship seizures and drone shootdowns may be repeated, Acting Navy Secretary Thomas Modly has said.

“I think they’re going to continue to perform provocative actions over there,” Modly said, speaking to Reuters on Friday. “And I think they’ll look at every opportunity they can to do that,” he added, without offering any more details.

“There’s nothing that suggests to me, short of a regime change there, that you have a different tone set from the leadership, that would suggest to me that they’re going to stop doing what they’ve been doing,” Modly explained.

The top Navy official also complained about how the US’s ‘response’ to Iran has forced it to take its eye off more serious adversaries, like China.

“As they start creating mischief over there…our reaction is we send an aircraft carrier over there for 10 months,” Modly said. “What does [the Iran deployment] do to our carrier readiness? It degrades readiness the longer it’s over there,” he complained.

© AP Photo / Jon Gambrell
FILE - In this June 3, 2019 file photo, a pilot speaks to a crew member by an F/A-18 fighter jet on the deck of the USS Abraham Lincoln aircraft carrier in the Arabian Sea

On Friday, units of the Iranian Navy and Revolutionary Guards were joined by Russian and Chinese warships for maritime security drills which Iranian officials said proved that their country could not be isolated. The drills, set to run until Monday, are the first of their kind for Iran since its 1979 Islamic Revolution.

Iranian Foreign Minister Mohammad Javad Zarif tweeted Friday that the drills made clear the three countries’ “broader commitment to secure vital waterways” amid US efforts to build a regional ‘maritime security coalition’ known as ‘Sentinel’. Tehran proposed a regional maritime coalition in September which excluded outsiders the US and

Tensions between the US and Iran have subsided in recent months, even though verbal back-and-forth threats and warnings have continued. Relations the two countries, which enjoyed a thaw toward the end of the Obama administration thanks to the Iran nuclear deal signed in 2015, worsened dramatically in May 2018 after the Trump administration unilaterally withdrew from the agreement and slapped Iran with several rounds of energy and banking sanctions. In May 2019, Tehran began scaling back its commitment to the nuclear deal, citing its European signatories’ apparent inability to secure its interests. The country maintains, however, that it has no intention of pursuing weapons of mass destruction, saying such arms run counter to the country’s Islamic faith.

Also in May, the US announced that it would be deploying a carrier strike group to the Middle East to counter an unspecified ‘Iranian threat’ against its interests in the region. This was followed by a series of sabotage attacks, tanker seizures and the shootdown of a $220 million US drone over the Strait of Hormuz in June, with tensions between the two countries escalating to the brink of war.