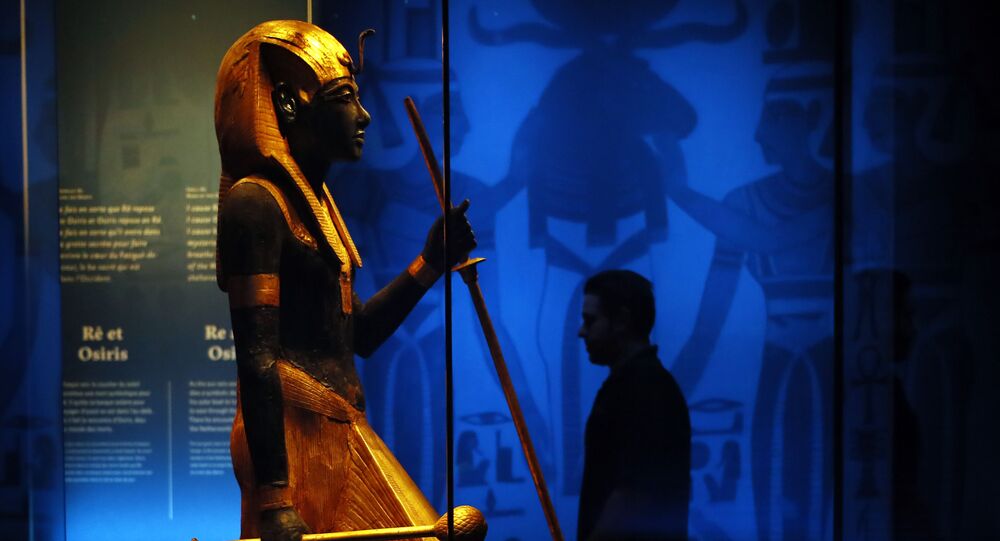 The demise of the “boy king” has raised questions ever since his tomb was first found in 1922, and it surprisingly took almost a century to learn that the burial could have been hasty and indicate efforts to fill the then power vacuum.

A rare discovery made in Tutankhamun’s burial chamber points to the cruel realities of an Ancient Egyptian power struggle, a new Channel 5 documentary, part of the “Tutankhamun with Dan Snow”, has revealed. In it, historian Dan Snow notes that there is evidence of a “struggle to squeeze everything in” the chamber, which has long been deemed as too small for the 19-year-old “boy king”.

Snow came to believe that “they also had major problems with Tut’s stone sarcophagus” as it appeared to be cracked “right down the middle and then roughly stuck back together”.

He went on to give more evidence of the apparently rushed burial, arguing that the lid didn’t fit on the sarcophagus.

“We know that because look, they’ve had to shave the toes off the outer coffin so the lid could go on nice and snug”, the researcher drew attention to a small detail.

To substantiate the claims about the hasty burial, Snow turned to the chamber paintings featured on the walls.

“This painting on the wall here, depicts the opening of the mouth ceremony for Tutankhamun”, Snow concluded, adding that it is stunningly rare that the moment is depicted on the walls of a royal tomb. “Usually it is the son and heir of the departed pharaoh who conducts the ceremony”, he went on, further speculating that since the teen pharaoh had died childless, the painting had likely been made by Tut’s vizier, his second-in-command, Ay.

“By showing himself performing the crucial opening of the mouth ceremony, Ay is attempting to legitimise himself, because his success was by no means a foregone conclusion”, Snow generalised, further noting that his findings point to some kind of power struggle at the time of the pharaoh’s demise.

In an earlier aired documentary, Snow likewise argued that there were some “suspicious” elements found at Tut’s burial place that point to the fact that there could have been foul play at the moment of his death.

Snow's new documentary comes following the opening of a new exhibition at London’s Saatchi Gallery: “Tutankhamun: Treasures of the Golden Pharaoh”, which saw almost 150 artefacts be transferred there from Egypt. Recently closed in Paris, the exhibition became France’s most visited of all time, with an attendance of over 1.4 million.

The untouched tomb of the 18th dynasty king, who took power aged 9, was found by UK archaeologist Howard Carter in 1922. The find contained 5,000 priceless artefacts, including the coffin.