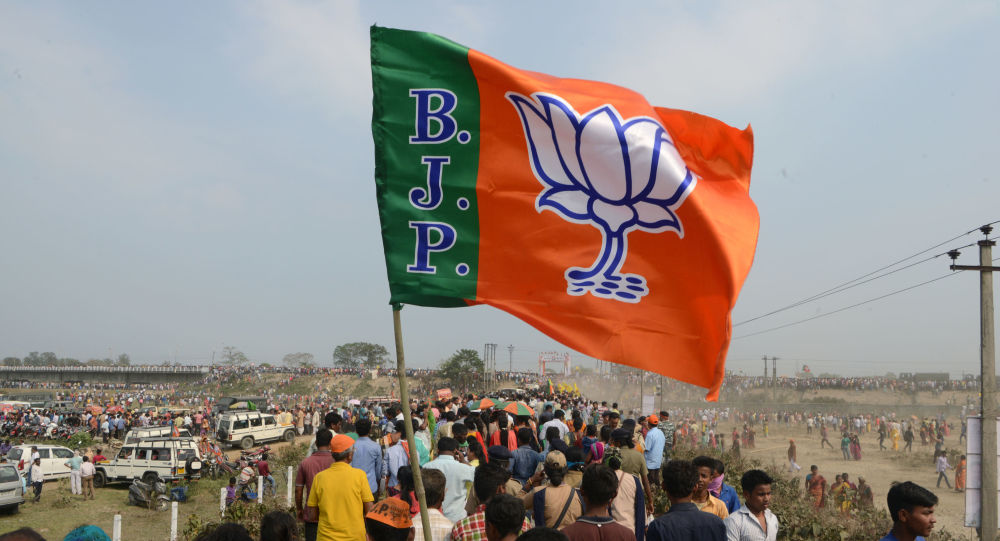 New Delhi (Sputnik): The new Citizenship Law passed by the Indian parliament last week has seen widespread protests across the country. The north-eastern states and West Bengal are the boiling pot of the demonstrations against the law. A total of 22 people have lost their lives in protest against the bill.

A day after BJP Working President J.P. Nadda held a massive roadshow in support of the new law in the eastern state of West Bengal, a state BJP leader has questioned why Muslims were excluded from the ambit of the new law.

In a tweet, Vice President of BJP’s West Bengal unit Chandra Kumar Bose asked, “If CAA 2019 is not related to any religion why are we stating - Hindu, Sikh, Boudha, Christians, Parsis & Jains only! Why not include Muslims as well? Let’s be transparent”.

If #CAA2019 is not related to any religion why are we stating - Hindu,Sikh,Boudha, Christians, Parsis & Jains only! Why not include #Muslims as well? Let's be transparent

If Muslims are not being persecuted in their home country they would not come,so there's no harm in including them. However, this is not entirely true- what about Baluch who live in Pakistan & Afghanistan? What about Ahwadiyya in Pakistan?

Bose is the grand-nephew of Subhash Chandra Bose, who formed the Indian National Army in a bid to counter British rule in the country.

“Don't equate India or compare it with any other nation- as it's a nation open to all religions and communities”, he said in another tweet.

The Indian state of West Bengal led by state chief Mamata Banerjee has opposed both the Citizenship Act and National Register of Citizens tooth and nail.

However, in an attempt to calm the nerves of those opposing the law, Indian Prime Minister Narendra Modi assured on Sunday that the law aims to grant citizenship to persecuted minorities from Pakistan, Bangladesh, and Afghanistan and would not in any way impact India's Muslim citizens.