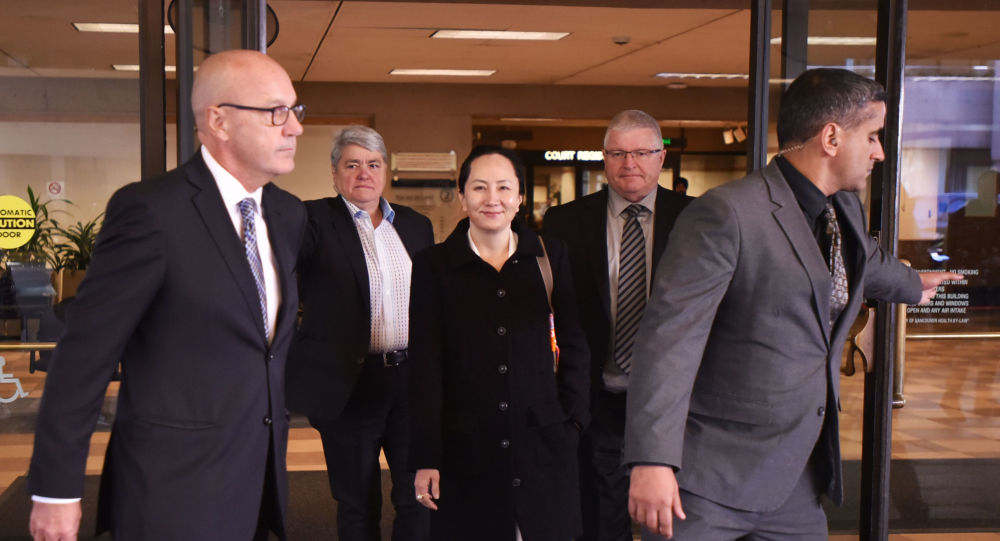 TORONTO (Sputnik) - Half of Canadians say that Canada should not have arrested Chinese tech giant Huawei’s Chief Financial Officer Meng Wanzhou last December at the request of the United States, a new Angus Reid poll reveal on Thursday.

Fifty-one percent of respondents said the Canadian government should have resisted the US request arrest Meng. The figure represents a 7 percent increase from the poll conducted in February.

Forty-seven percent of respondents said the Canadian government should now intervene and apply pressure on the country’s justice system to resolve the matter.

The poll also revealed that 66 percent of Canadians view China unfavorably, an increase from 51 percent who responded the same way a year ago.

Strained bilateral relations have taken a toll on Huawei's reputation in Canada with 69 percent of Canadians eschewing the company’s participation in the development of Canada's 5G network.

Overall, Canadians remain hopeful that relations between the two countries can be reset with 54 percent saying they expect the bilateral relationship to be repaired soon.

Huawei’s CFO Meng Wanzhou was arrested in December 2018 in Canada at the request of the United States for allegedly breaching US sanctions against Iran - accusations that have been repeatedly denied by the company.