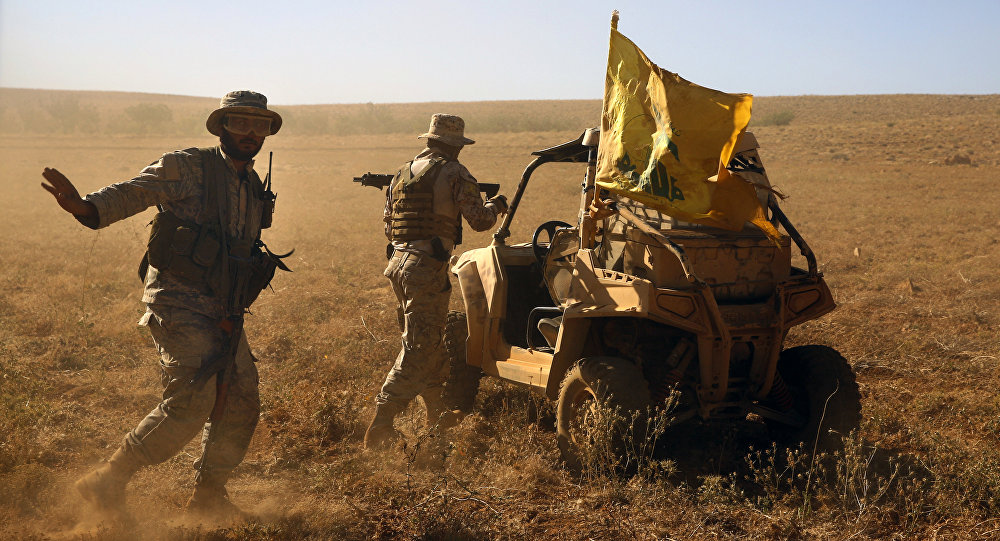 WASHINGTON (Sputnik) - The United States is aware that Venezuela has provided passports to members of Lebanon’s Hezbollah movement and is closely investigating the matter, a US Treasury Department official said during a briefing on 9 December.

"We are very concerned that members of Hezbollah do possess Venezuelan passports. We are investigating this matter very, very closely", the official told reporters.

The United States has designated Hezbollah as a terrorist organisation and considers it to be a regional proxy of Iran.

© AFP 2019 / PAUL J. RICHARDS
US Slaps Sanctions on 17 Individuals, 29 Entities From Serbia, Cyprus, Venezuela and Latvia
The US government said that Gil and Padron, successive directors of Venezuela’s immigration authority, have engaged in corrupt dealings involving the sale of passports.

The Treasury Department official also said that designating Gil and Padron did not imply they provided passports to Hezbollah members.

Hezbollah emerged in the 1980s as a Shiite paramilitary organisation aimed at ending Israel's occupation of southern Lebanon. It later evolved into a political party that currently has representatives in the country's Cabinet, Parliament and municipalities.