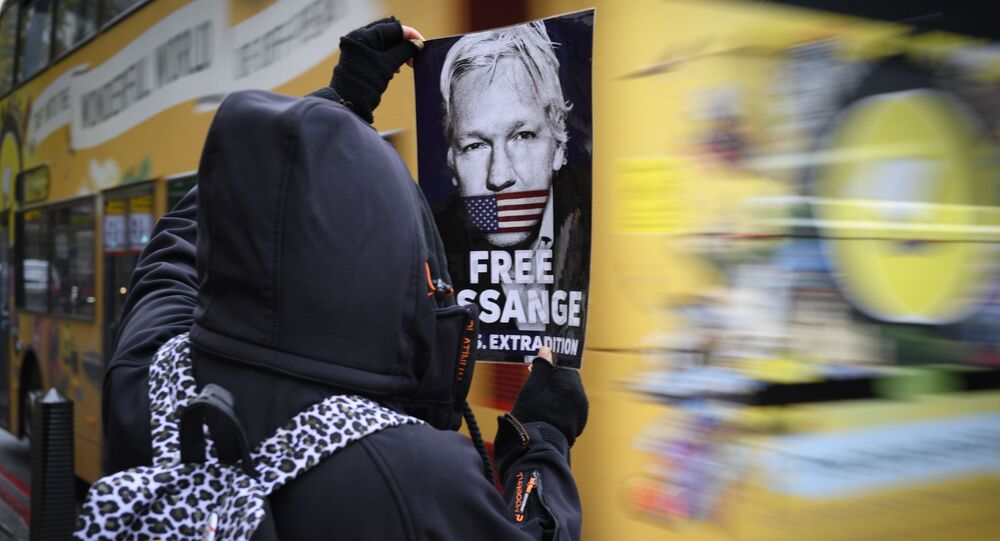 Notable Journalists, intellectuals, and political commentators are coming to the defence of the founder of WikiLeaks and condemning attempts to extradite to the US where he faces up to 175 years in prison.

A letter in support of Julian Assange, and condemning his treatment by UK and US authorities, went live on 6 December with the support of 120 signatures. The statement, entitled "Journalists Speak Up for Julian Assange", is signed by notable political commentators and journalists such as Noam Chomsky, John Pilger, George Monbiot, Daniel Ellsberg, Jonathan Cook, and Paul Mason.

Speak up for Assange - International journalist Statement in Defence of Julian Assange. https://t.co/EFPgZmKKOy

​The internationally-based signatories express their "grave concern for Mr Assange’s wellbeing, for his continued detention and for the draconian espionage charges". They say that that it is "the very role of the press in a democracy" to reveal "war crimes and cases of torture and abuse without having to go to jail".

The authors compare the situation of the WikiLeaks founder, who remains incarcerated in the maximum security Belmarsh prison, to the 1898 open letter penned by French writer Émile Zola. Zola warned readers "about the wrongful sentencing to life in prison of a military officer named Alfred Dreyfus on espionage charges".

They also quote the UN torture expert Nils Melzer who wrote in June that:

"In 20 years of work with victims of war, violence and political persecution I have never seen a group of democratic States ganging up to deliberately isolate, demonize and abuse a single individual for such a long time and with so little regard for human dignity and the rule of law."

The statement demands the "immediate release of Julian Assange" and urges the:

"governments, all national and international agencies and fellow journalists to call for an end to the legal campaign being waged against him for the crime of revealing war crimes."

"Dangerous times call for fearless journalism" the letter says before calling on journalists and media organisations world-wide to sign the statement.

Assange faces up to 175 years in prison if he is convicted in the US where he faces 18 separate charges - 17 of which are under the 1917 Espionage Act. The letter points out that people prosecuted under the Espionage Act are barred from arguing that their actions were "in the public interest". In November over 60 doctors signed a letter to the UK Home Secretary saying that they have "real concerns" that if Assange is not transferred to a university teaching hospital he "could die in prison".