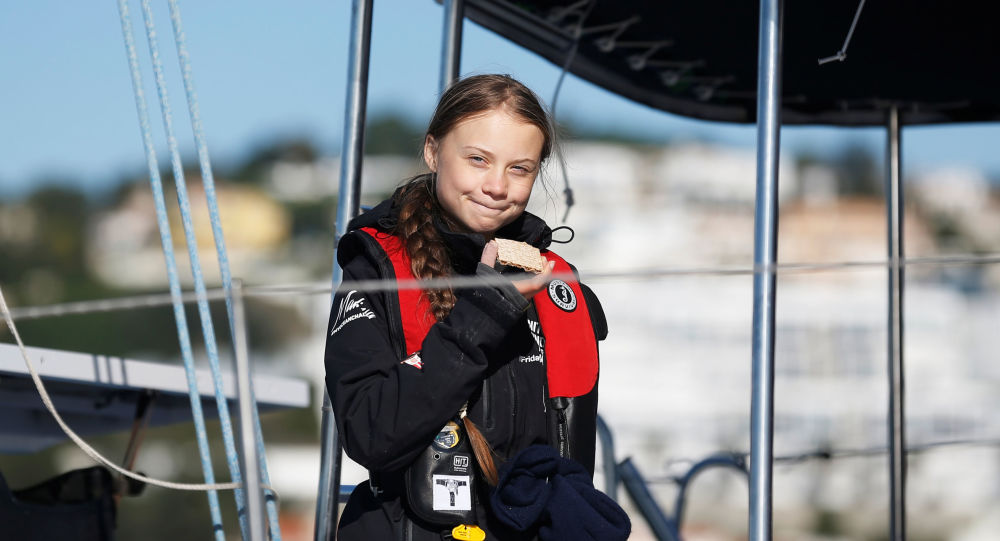 Greta Thunberg has become a role model for the international youth environmental movement after she started skipping classes back in her native Sweden to protest against the perceived lack of action on climate change on the part of lawmakers, but detractors claim that she is a pawn who has been promoted by adults to further their agenda.

The Grand Tour’s Jeremy Clarkson has launched another rant at Greta Thunberg, saying that the self-professed climate messiah should go back to school and abandon her climate crusade.

Clarkson, the former Top Gear presenter, made the comments as he talked on the Australian breakfast show Sunrise to promote Seamen, the latest special from his motoring series.

“She’s mad and she’s dangerous and she’s causing young children sleepless nights with her idiocy,” he told Sunrise of Thunberg. “I think she needs to go back to school and shut up.”

Clarkson had long dismissed climate change as “science fiction”; his blasé attitude regarding the issue caused environmental activists to dump horse manure in front of his house ten years ago.

However, he acknowledged the effects of climate change last month, after learning first-hand about the water shortage in Cambodia’s usually-affluent Mekong river system while filming Seamen there.

His perception of Greta Thunberg appears to remain unchanged, however. Clarkson has repeatedly lambasted the Swede on Twitter and in his column in The Sun, accusing her of hypocrisy and claiming that he does more for the environment than she does.

In an interview with The Independent published last week, the British motor head called Thunberg a “stupid idiot”.

He said: “She’s Jesus, basically. Jesus-esque. Whereas I think she's a weird Swede with a bad temper. Nothing will be achieved by sailing across the ocean in a diesel-powered yacht, and then lying about the diesel engine.”

“And did you see she went to Chile for the climate conference which was then moved to Madrid? I literally s**t myself laughing. She’s an idiot because scientists will solve this, and nobody is going to solve it by running around and going on strike and not going to school, because then you're not in your science lessons, so she's a fool.”

Greta Thunberg had toured North America for almost three months; during that tour, she made a viral speech at a United Nations climate action summit and led climate change strikes in the US and Canada. The #FridaysForFuture leader was supposed to attend the COP25 environmental summit set for Santiago, but it was abruptly relocated to Madrid last month due to anti-government protests in Chile, and she had to hitch a ride back.

The 16-year-old Swede arrived in Lisbon on Tuesday after a 20-day voyage across the Atlantic. She travelled to Europe the same way she did to America – on a low carbon footprint boat, her transport of choice she uses to mitigate the amount of greenhouse gases emitted by aviation.