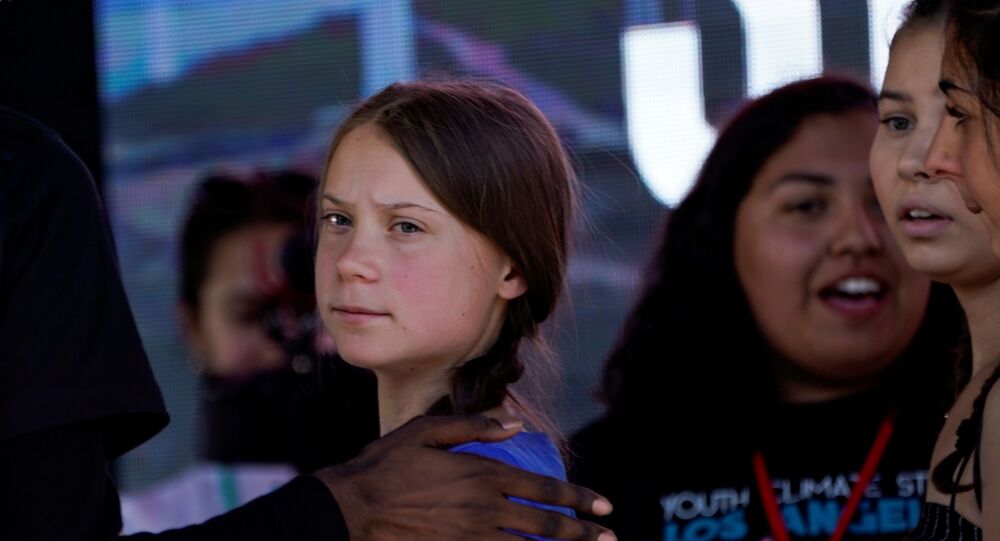 The Swedish teenage activist and figurehead of the Fridays for Future movement, who refuses to fly for the sake of the climate, was left stranded in the US, as the UN climate conference was moved from Chile to Spain.

Greta Thunberg appears to have found a way to reach an upcoming UN climate summit in Madrid in good time.

The 16-year-old climate activist will cross the Atlantic on board a yacht with British and Australian adventurers. By her own admission, she will embark for Spain today from Virginia on board the 15-metre catamaran La Vagabonde.

“So happy to say I'll hopefully make it to COP25 in Madrid”, Thunberg tweeted.

So happy to say I'll hopefully make it to COP25 in Madrid.
I’ve been offered a ride from Virginia on the 48ft catamaran La Vagabonde. Australians @Sailing_LaVaga ,Elayna Carausu & @_NikkiHenderson from England will take me across the Atlantic.
We sail for Europe tomorrow morning! pic.twitter.com/qJcgREe332

​Thunberg explained that she was offered a lift by the Australian couple Elayna Carausu and Riley Whitelum, who document their sailing voyages on YouTube, as well as British adventurer Nikki Henderson. During the voyage, Greta will be escorted by her father, Svante Thunberg.

Previously, the 16-year-old Swedish climate activist, who shuns airplanes due to their high carbon print, pulled a PR-stunt by sailing to New York on board the the “zero-emission” racing boat Malizia II. Later, she traversed the Americas by train and an electric car, borrowed from Arnold Schwarzenegger, reportedly a big fan of hers.

However, she was left stranded, when the location of the upcoming conference was abruptly changed from Spain to Chile at the last minute. “It turns out I’ve travelled half around the world, the wrong way”, she said on Facebook, pleading for help.

In line with her environmental commitment, Greta's new ride boasts solar panels and hydro-generators, purporting to be emissions-free as well. Unlike her previous one, which only had a bucket, it is equipped with a toilet.

Greta, who shot to fame by inspiring hundreds of thousands of pupils to walk away from school to protest climate change, is leaving the US with a highly political message. She called on her numerous supporters to “put pressure on the people in power” and stressed that it is important to vote “for everyone who can”.

While touring the US, campaigning for the environment and marketing her new book, “now with more speeches”, the teenage star enjoyed the almost undivided adoration of the media and even had several controversial murals devoted to her, sparking thoughts of a cult. Contrary to her beliefs, the massive amount of noxious aerosols used in the process didn't stop this tribute.

The leftist geniuses in San Francisco have decided to send a message about climate change by creating a 6 story mural of Greta Thunberg using 700 gallons of aerosol spray paint. 🤣 https://t.co/LdJj2i3j99