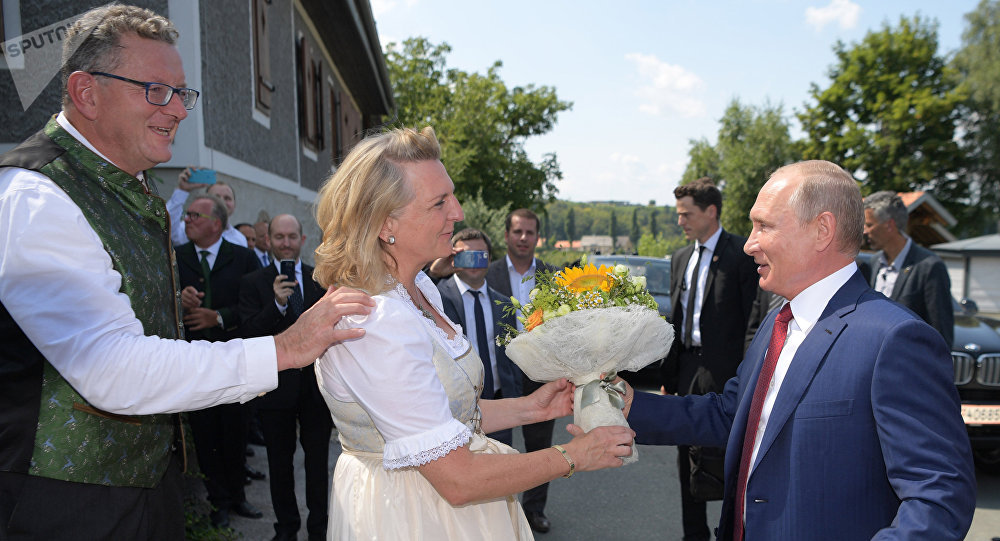 Kneissl will come to Moscow this week, where the Russian-Austrian public forum Sochi Dialogue will present on 9 December a children's book "Prince Eugene – From Outsider to Europe’s Genius" authored by her. During the visit to the Russian capital, Kneissl will also give lectures at the Moscow State Institute of International Relations (MGIMO) and the Moscow State Linguistic University.

"During a short tenure as the foreign minister, I, of course, managed to notice that the diplomatic craft, unfortunately, has greatly lost ground everywhere. There is no real conversation when they look into each other's eyes during a dialogue," she said.

According to Kneissl, the bilateral meetings include only the prepared "scenarios" spelled out, there is no real talk, dialogue and diplomacy left. At multilateral meetings and conferences, this approach is even more striking, she stressed.

"When we talked with Putin, what struck me most was that it was just a real conversation. The most interesting conversations I have had were, inter alia, with Foreign Minister Lavrov and President Putin. You speak to them dealing with people who have great professional and life experience. This means that they can evaluate things, and not be attached to papers, they conduct this conversation, and this is the most important thing in diplomacy," Kneissl explained.

The politician also said that she was completing a book on diplomacy.

The Russian president visited Kneissl's wedding last year, where he made a toast and danced with the then-chief Austrian diplomat.

Kneissl, an expert on the Middle East, was the Austrian foreign minister in Sebastian Kurz's government from 2017 to 2019.