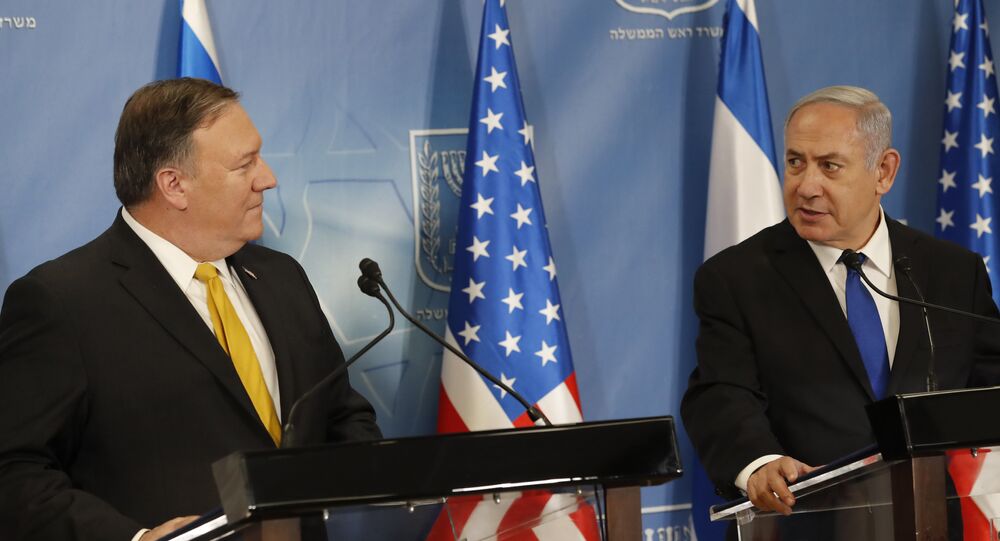 Netanyahu will leave on Wednesday morning for Lisbon to meet with Pompeo in the evening, and will return to Israel on Thursday, Israel’s Channel 13 reported.

According to the broadcaster, Netanyahu will also hold negotiations with Costa during his visit.

The meeting comes after Netanyahu had a phone call with US President Donald Trump on Sunday evening, during which the two leaders talked about the "threat from Iran" and Israel's plans to extend sovereignty over the Jordan Valley. 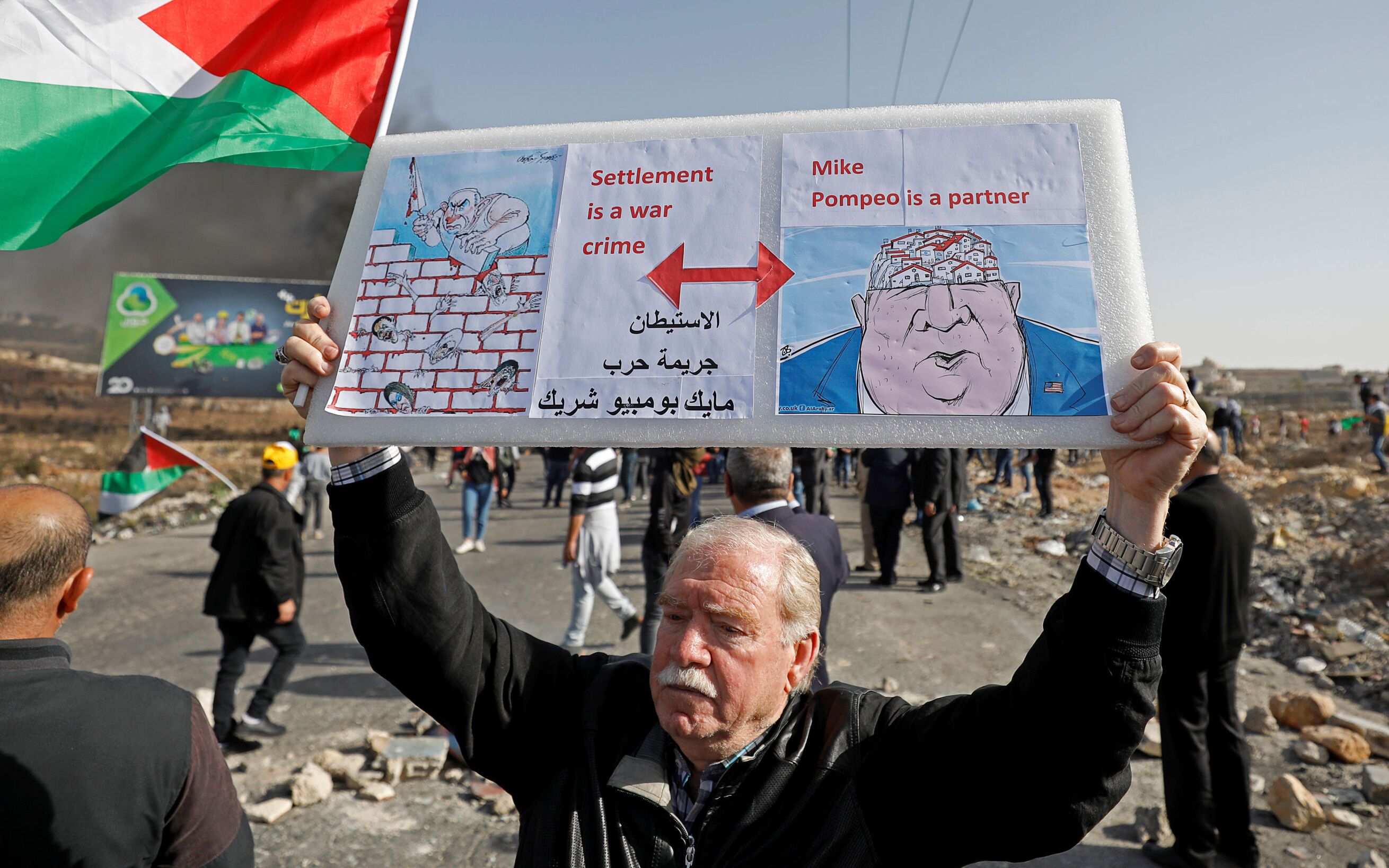 © REUTERS / MOHAMAD TOROKMAN
A demonstrator holds a sign during a protest as Palestinians call for a day of rage over U.S. decision on Jewish settlements, near the Jewish settlement of Beit El in the Israeli-occupied West Bank November 26, 2019.

On 18 November, Pompeo said that the United States no longer considered the Israeli settlements being built on Palestinian territory to be illegal, a statement that went against decades of US policy and international understanding on the matter.

Over the past two years, the US has made a number of gestures toward Israel that previous presidents refused to make, including recognising Jerusalem as the capital of Israel and the annexed Golan Heights as sovereign Israeli territory.