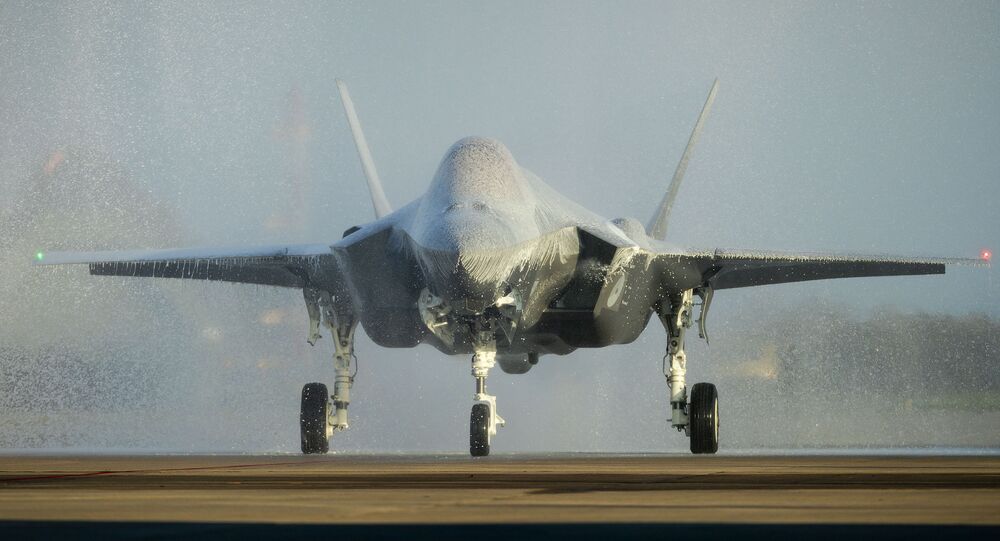 Erdogan Says if US Stance on F-35s Doesn't Change, Turkey Will Have to Look for Defence Alternatives

Earlier, Donald Trump announced that bilateral national security teams would start working on a solution to Ankara’s purchase of S-400 systems from Russia and the impact that the Russian air defence systems could have on the US-made F-35 jets.

Turkish President Recep Tayyip Erdogan said that he told Donald Trump that if the US stance on the F-35 jets persists, Turkey will have to seek other alternatives for its defence needs.

"We told Trump that we would not take a step back on the S-400. We agreed to resolve the issue. I once again explained how we approached the purchase of the S-400, and he acknowledges our innocence. I once again spoke about the injustice of the F-35 problem. We are not clients, but partners, we have already paid $1.4 billion. If we don’t agree, then we will start looking for alternatives in the medium term," Erdogan said.

The United States has repeatedly objected to Ankara’s purchase of the S-400s, saying that the weapons system is incompatible with NATO security standards and might compromise the operations of the new fifth-generation F-35 fighter jets. Washington called upon Turkey to cancel the deal with Russia and instead acquire Patriot missile defense systems from the United States.

In July, the US suspended Turkey's participation in the F-35 program, adding that the country would be completely removed from the project by late March 2020.

Turkey refused to abandon the deal with Russia. However, even after the latter completed the delivery of the main batch of S-400 components, US officials have still continued urging Ankara against putting the systems into operation.