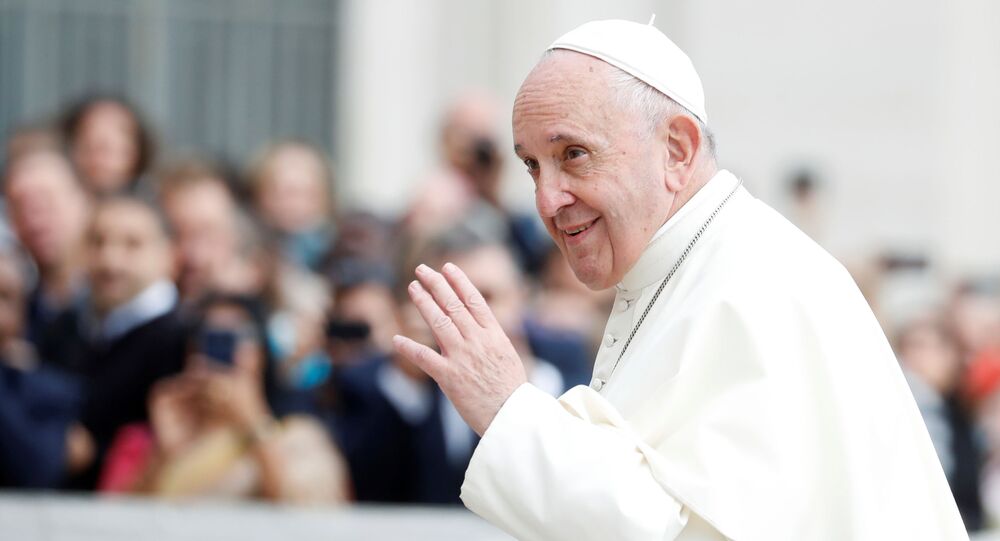 Pope Francis Denies Physical Resurrection of Christ From the Dead, Claims His Interviewer

The journalist, who had conducted numerous interviews with the Pope, is known for writing the accounts of his conversations from memory rather than taking notes; while Pope Francis has yet to comment, the Vatican called his purported comments a “free interpretation” of what he actually said.

Italian journalist Eugenio Scalfari has quoted Pope Francis as hereticaly rejecting the central Christian belief that Jesus rose from the dead in the same body in which he was buried.

Scalfari claimed in a 5 November article in the newspaper Repubblica, which he had co-founded and edited, that Pope Francis told him of the Resurrection:

“He was a man until he was placed in the tomb by the women who recomposed his body. That night, in the tomb, the man disappeared and from that cave he came out in the semblance of a spirit that met the women and the Apostles while still preserving the shadow of the person, and then he definitively disappeared.”

The quote attributed to the Pope is from Scalfari’s new book, The One God and Modern Society, which centres on his interviews with Pope Francis and the late Cardinal Cardinal Carlo Maria Martini, the former Archbishop of Milan.

Detailed in the New Testament, the physical resurrection of Jesus Christ after his crucifixion is one of the main pillars of the Christian faith.

Eugenio Scalfari, 95, a self-professed atheist and a long-time friend of Pope Francis, has conducted multiple interviews with the Pontiff that have caused furore in the Christian community.

He has previously claimed that the Pope told him that hell does not exist, that divorced and remarried Christians should be admitted to Holy Communion, and that Jesus Christ isn’t God.

The Pope himself has never clarified his purported quotations provided by Scalfari. On each occasion, the Vatican has stated that Scalfari’s account is not reliable (the Italian journalist famously never records or takes notes of his conversations with the Pope and prefers to write his accounts later from memory).

Last month, Scalfari claimed that Pope Francis told him in a conversation over two years ago that he “conceives Christ as Jesus of Nazareth, a man, not God incarnate. Once incarnated, Jesus ceases to be a God and becomes a man until his death on the cross.”

A Vatican spokesman then said at a press conference that “the Holy Father never said what Scalfari wrote.” He added that both the quoted remarks and interpretation of the conversation by Scalfari “cannot be considered a faithful account of what was said by the Pope.”

Replying to the alleged papal comments on the Resurrection, the Holy See Press Office said the quotation attributed to Pope Francis represents “a personal and free interpretation of those who listened, as appears completely evident from what is written today regarding the divinity of Jesus Christ.”