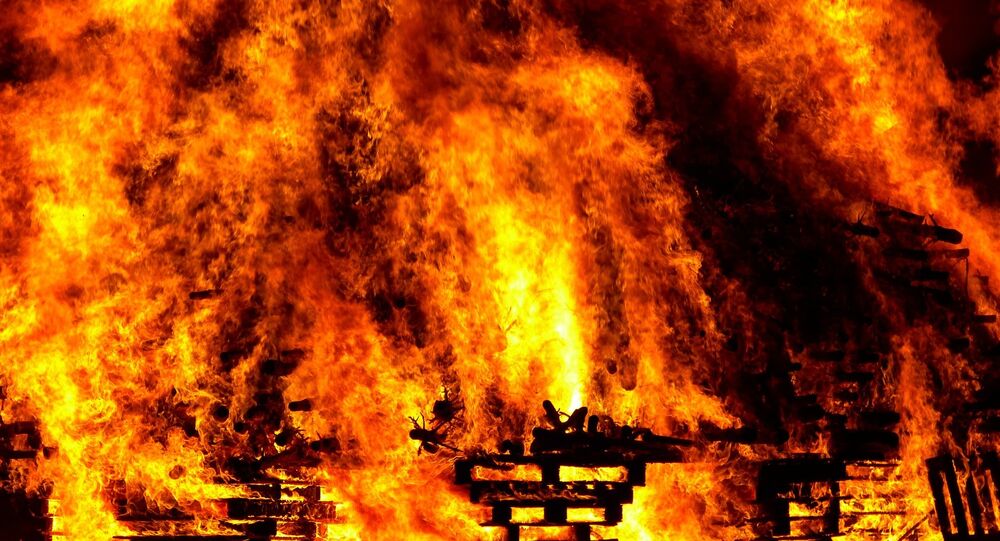 "There is no hell where the souls of sinners suffer for eternity," Pope Francis said as quoted by the Italian newspaper La Repubblica, but did he really?

According to the media, Pope Francis said that the souls of those who repent are pardoned by God and "join in his contemplation" after death, but those who do not show repentance cannot be pardoned and their souls "disappear." The Pope concluded that hell does not exist – "what exists is the disappearance of sinful souls," the newspaper reports.

© AP Photo / Alessandra Tarantino
'Sick Mentality': Pope Francis Calls Prostitution 'Torture', 'Crime Against Humanity'
However, Vatican issued a statement, stressing that Pope Francis' claims, in which he allegedly denies the existence of hell, are a pure "reconstruction" of journalist Eugenio Scalfari, who interviewed the pontiff and cannot be regarded as a genuine transcription of his words.

Some users in social media doubted the accuracy of La Repubblica's report from the very beginning, as this is not the first time that 93-year-old Scalfari, an atheist journalist, makes the Vatican uneasy, citing distorted quotes of Pope Francis. In addition, Scalfari has repeatedly admitted not to be using a recorder during his interviews with the pontiff.

The pope's remarkable relationship with Scalfari, 93, has yielded some of most controversial quotations of his pontificate, never officially confirmed verbatim but never explicitly denied. And the pope keeps talking to him.

The magisterial authority vested in a 90-year-old reporter quoting the Pope from memory: exactly 0.

There’s something really dishonorable about a Vatican that won’t make any specific clarification of the Pope’s words, but depends on Catholic media to impugn as an atheist and exaggerator, the very reporter the pope himself chose.

Some netizens were also outraged, having taken the Pope's quote as true, whereas others just used the opportunity to fool around.

Again Pope has said that a nobody goes to Hell, bad people just go 'poof' and a disappear. But everybody here know that bad people who go 'poof' no disappear, they end up in Rome, usually with nice apartments, hang out with others who went 'poof'

​The Pope's latest heresy is that there is no Hell. How are Catholics going to defend this one?

​ the pope has obviously never stepped on a Lego..

Pope Throws Down Gauntlet to World’s Catholics: Are They Up to the Challenge?