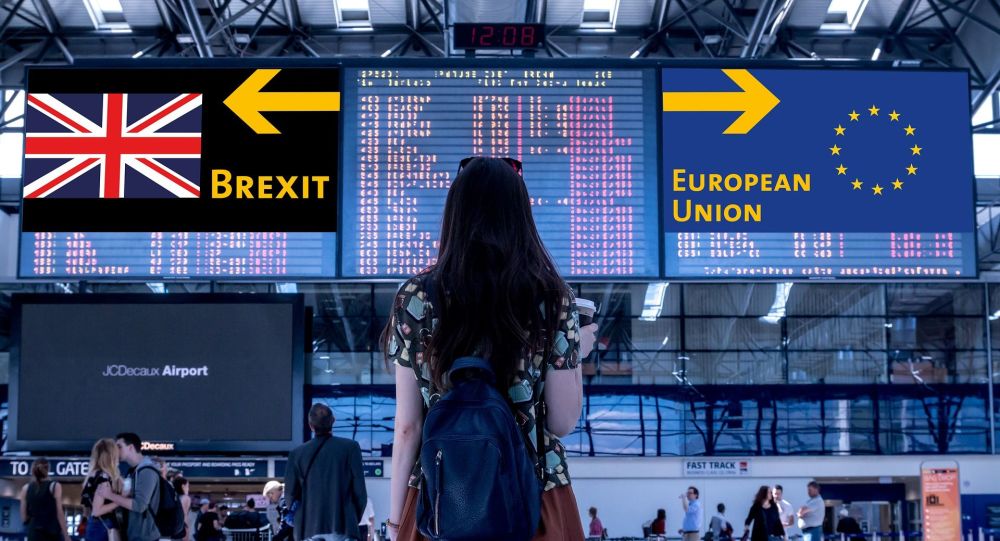 Boris Johnson’s negotiated withdrawal agreement from the European Union as led to an emboldening of both support and opposition as he now faces a knife-edge vote in parliament to finalise the country's departure from the bloc.

Hundreds of thousands of people have taken to the streets and outside of Westminster on Saturday to call for a second referendum on Brexit.

Advocates for a so called ‘People’s Vote’ have gathered in the capital city to protest against Brexit and advocate a second vote on Boris Johnson’s withdrawal deal.

This marks the 4th demonstration for the grassroots, pro remain movement, who have utilised social media to attract large sections of the public in what could potentially be the last of its kind before the UK officially withdraws from the European Union.

One demonstrator called it the “largest” of all the People’s Vote marches so far.

18 months ago I stood in an old nightclub in Camden with a thousand people & the #PeoplesVote was born.

The legendary Sir Patrick Stewart takes to the stage to explain why we all deserve the #FinalSay pic.twitter.com/r5IQnOvzy1

​The mass of protesters, estimated to be over 1 million strong, caused a hectic display on the streets of London and outside parliament, resulting in closures of multiple underground stations like Green Park or Hyde Park Corner due to the sheer number of people.

The Mayor of London Sadiq Kahn joined the march, taking to Twitter to say that protesters will make the message is heard “loud and clear”.

The Green Party and the Liberal Democrats also joined the alliance of groups advocating a final say.

Jeers and offensive terms being thrown in the direction of the People’s Vote March from onlookers.

Echoing the frustrations from many Londoners towards the climate active group Extinction Rebellion’s, who’s two weeks of planned actions came to an end on Saturday, 19 October.

A small group of counter protests turned up at Westminster against a second referendum and in support of Brexit, displaying an England flag and even masks of US-president Donald Trump.

While the protesters take to the streets outside of parliament, for the first time in 37 years, the House of Commons will sit on a Saturday as MPs debate and vote on Boris Johnson’s newly negotiated Brexit withdrawal bill.

​If the bill passes, Johnson will have successfully withdrawn the UK from the European Union before entering a transition period of negotiations on Britain’s trading relationship.
If it fails and Johnson is forced to ask the European Union for an extension, the demonstrators could be vindicated that prospect of a second referendum lives to fight another day.

A potential blow to the Johnson’s agreement, and saviour for the peoples vote crowd is the Letwin amendment, which was passed by 322 votes to 306 and forces him to request a Brexit extension if a deal has not been passed by the end of Sunday, 20 October.

The aim is to close any loopholes in the Benn Act, which currently prevents Johnson from pursuing no deal, from being exploited by Johnson and bringing the UK out of the EU without a deal by default.

​Currently, the opposition Labour Party is advocating a confirmatory vote on the final deal with the option with remain. This is contrasted both by the ruling Conservatives who advocate Johnson’s deal as well as the Liberal Democrats, who want to revoke A50 with a referendum.

The march comes at what could be the end of cumulative of negotiations with the EU since the vote to leave the bloc in 2016.

Boris Johnson made it has task to see the controversial Irish backstop removed, which he solved by agreeing to keep Northern Ireland in the Single Market but outside of the EU Customs Union

The referendum saw the resignation of consecutive Conservative Prime Ministers David Cameron and Theresa May, after she failed to push through her negotiated withdrawal agreement.