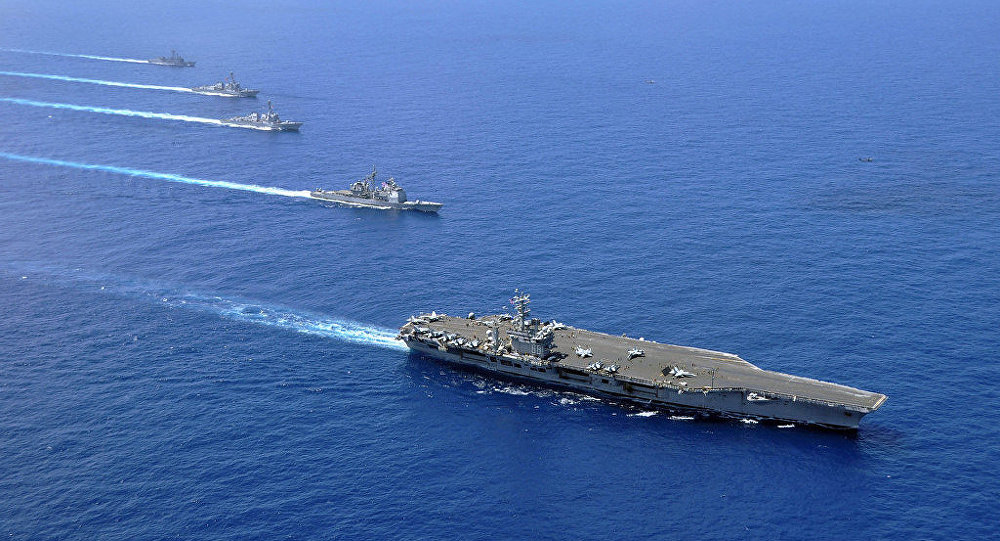 MOSCOW (Sputnik) - The United Kingdom, Germany and France are concerned that the situation in the South China Sea could destabilize the region, a joint statement from the trio of countries released by the UK Foreign Ministry on Thursday said.

The trio noted that as parties to the UN Convention on the Law of the Sea, they were invested in ensuring that the agreement was applied comprehensively.

"[This convention] sets out the comprehensive legal framework within which all activities in the oceans and seas including in the South China Sea must be carried out and which provides the basis for national, regional and global co-operation in the maritime domain," the document stated.

The majority of islands in the South China Sea are controlled by Beijing, but these territories are also claimed by several other countries, including Vietnam, Brunei, Cambodia and the Philippines. China believes that the Philippines and Vietnam deliberately use US support to escalate tensions in the region. The US State Department, in turn, has accused China of interfering with Vietnam’s oil and gas activities in the South China Sea and questions Beijing’s commitment to peacefully resolving maritime disputes.

In 2016, an international arbitration panel in The Hague rejected China’s claim to own the entire South China Sea. China rejected the ruling and has built military bases on both sides of the sea to enforce its claim.

The United States frequently defies China by sending warships through the South China Sea in so-called freedom of navigation exercises.