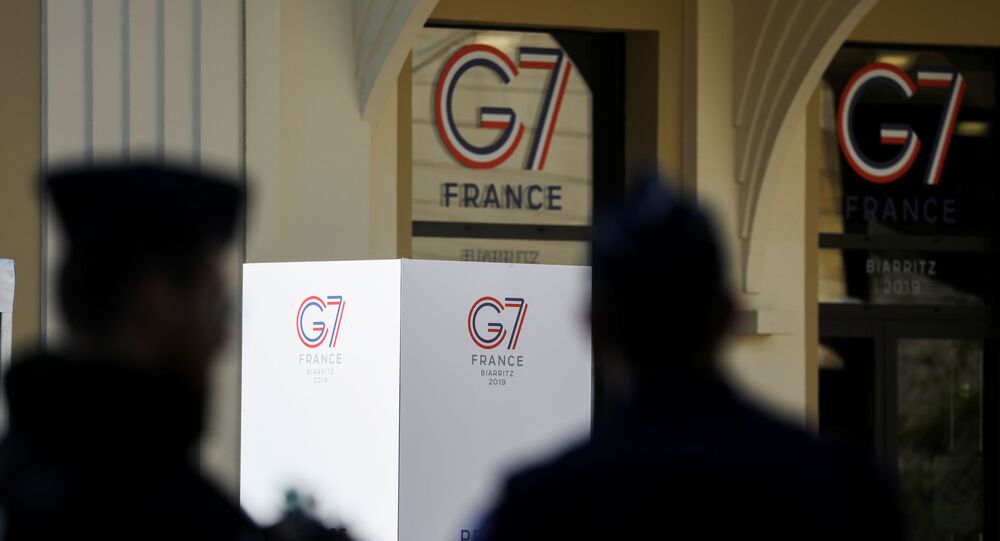 BIARRITZ (Sputnik) - The leaders of the Group of Seven most industrialised nations published a five-point joint declaration on Monday, wrapping up three days of talks in the French seaside town of Biarritz.

"The G7 Leaders wish to underline their great unity and the positive spirit of the debates. The G7 Summit organized by France in Biarritz has successfully produced agreements by the Heads of State and Government themselves on several points", it reads.

The leaders of France, Germany, Italy, Japan, Canada, the United Kingdom and the United States reiterated their commitment to "open and fair world trade" and overhauling the World Trade Organisation.

On Iran, they simply agreed that their shared objectives were stopping Iran from obtaining a nuclear weapon and fostering peace and stability in the region.

On Ukraine, they confirmed that France and Germany would organise a Normandy summit in the coming weeks to achieve "tangible results". The four-way summit will also include the Russian and Ukrainian presidents.

On Libya, the seven backed UN and African Union’s efforts to convene a conference of all stakeholders and regional actors. They reiterated that the conflict could only be resolved through the political process.

And lastly, on the anti-government protests in Hong Kong, the leaders reaffirmed the "existence and importance" of a UK-Chinese pact that saw the United Kingdom hand the city over to China on condition of giving it a high degree of autonomy and said violence should be avoided.

After G7, Iran Looks to Increased Support From China