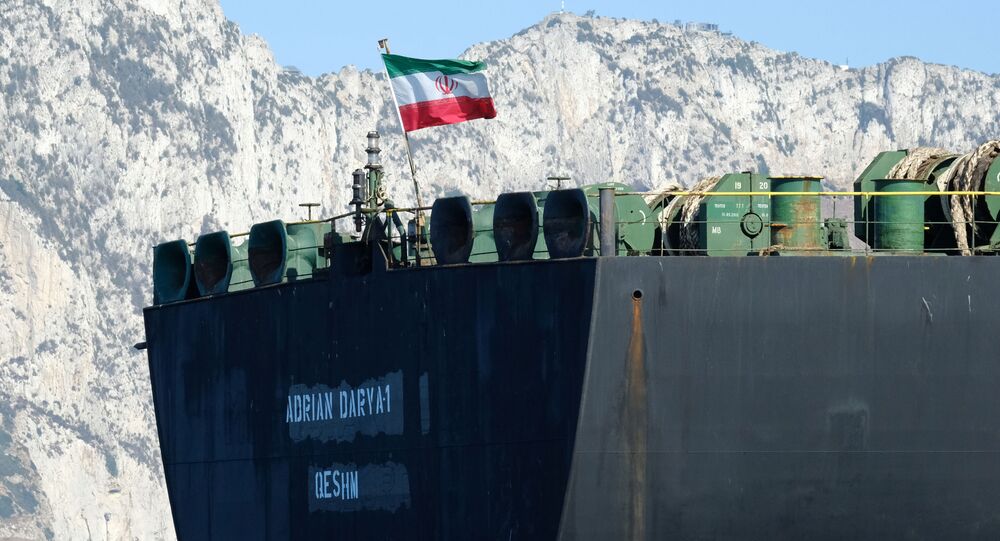 The Adrian Darya, formerly known as the Grace 1, an oil tanker detained by Gibraltar authorities in July which has since been released, is now reportedly heading eastward towards Greece.

According to a State Department official, the United States will apply its sanctions to prevent the private sector from helping the oil tanker Adrian Darya, which is now headed east in the Mediterranean Sea.

“The shipping sector is on notice that we will aggressively enforce US sanctions,” the official said, as quoted by Reuters.

The official added that the US would act against anyone who directly or indirectly assisted the tanker.

“All parties in the shipping sector should conduct appropriate due diligence to ensure that they are not doing business with nor facilitating business for, directly or indirectly, sanctioned parties or with sanctioned cargo,” the official stressed.

Earlier, US Secretary of State Mike Pompeo reiterated the United States’ call for punitive measures against anyone who would assist the Iranian supertanker.

The oil tanker is now reportedly heading eastward towards the Greek port of Kalamata.

In turn, Greek Prime Minister Kyrikos Mitsotakis said that the Adrian Darya has not requested a docking permit from Greek maritime authorities, meaning it is not currently en route to Greece.

The Adrian Darya, formerly known as the Grace 1, was detained in Gibraltar in July 2019 on suspicion of carrying oil to Syria in violation of EU sanctions. It was released on Sunday, 19 August; after that it entered international waters. It is believed to be carrying 2 million barrels of crude oil.

Washington and Tehran have been locked in a conflict since the US withdrew from the 2015 Iran nuclear deal last year, also commonly known as the Joint Comprehensive Plan of Action (JCPOA), re-imposing sanctions on the Middle Eastern nation.