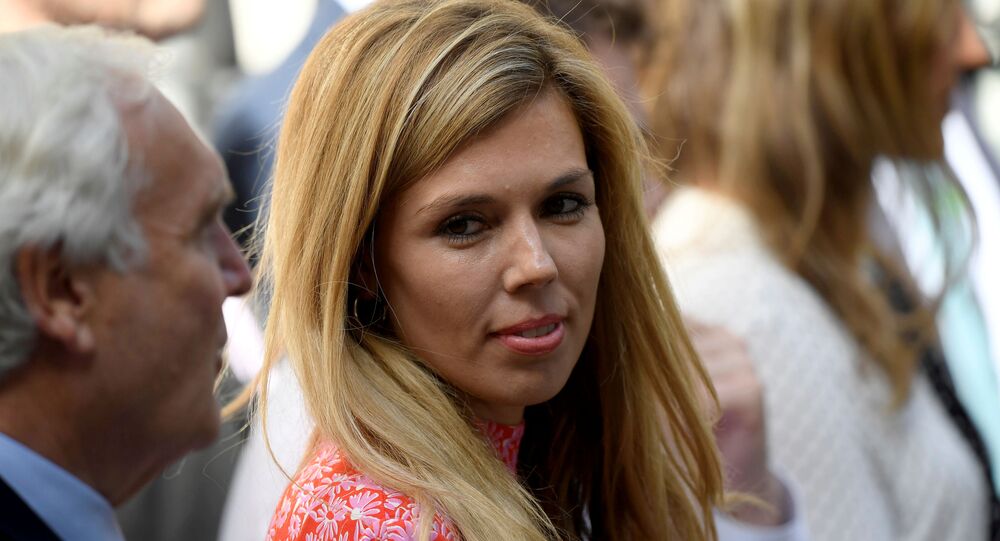 The as-yet-unconfirmed rumours emerged days before the G7 summit in France, where US president Donald Trump will meet UK Prime Minister Boris Johnson. The Trump administration has placed travel restrictions on residents of Somali and Somaliland, and the move to bar Symonds could be connected with the travel ban.

Carrie Symonds, the girlfriend of Britain’s new leader, Boris Johnson, has been blocked from entering the United States, the Daily Mail reports.

She is thought to have applied for a visa to work in the United States as part of her job at Oceana, but the immigration authorities have rejected her application.

It is understood that the decision was due to her five-day trip to east Africa last year. The trip saw Symonds, together with Somali-born social activist Numco Ali, visit Somaliland – the northern territory that unilaterally declared independence from Somalia in 1991, following the outbreak of the civil war, but is not recognised internationally.

Amazing evening swim in Berbera with @NimkoAli but sad to see quite so much plastic on an otherwise stunning beach. Looking forward to discussing recycling schemes with the President of Somaliland later this week. pic.twitter.com/IWIApEK2Yk

During the visit, Symonds and Ali met with Somaliland leader Muse Bihi Abdi to discuss women's issues and sea pollution.

The UK does not recognise Somaliland as an independent state but maintains close links with its government, saying that it is up to Somalia and its breakaway territory to decide on their future.

Hargeisa, the would-be capital of Somaliland, is considered to be a much safer place than Mogadishu, because the ongoing Islamist insurgency is concentrated in southern Somalia.

The UK government advises its citizens against all travel to Somalia including Somaliland due to an increased terror threat. However, for the cities of Hargeisa and Berbera – Somaliland’s former capital – all but essential travel is recommended.

The United States, on the other hand, supports Somalia’s government in Mogadishu (which denies the sovereignty of Somaliland).

The self-proclaimed Republic of Somaliland has become the target of Donald Trump’s travel ban on seven countries, which included Somalia (the Trump administration has banned immigration from the country and subjected all non-immigrant travel to additional scrutiny.)

Somaliland diplomats have urged Washington to raise the limits on travel for their citizens, denying links with terrorism-plagued Somalia.

“Somaliland is a separate country,” then-foreign affairs minister Saad Ali Shire said in 2017. “We don't have the troubles and problems with terrorism and extremism that they have in Somalia.”

It is unclear whether Symonds applied for a US Electronic System for Travel Authorization (Esta), which is used to determine automatically the eligibility of visitors to be allowed into the US under the visa waiver program.

Since 2016, the Esta form requests an applicant to answer whether have they travelled to Iraq, Syria, Iran, Sudan, Libya, Somalia, or Yemen on or after March 1, 2011.

If Symonds used the form and replied ‘yes’, the system would block her request due to her travel history.

“We are hopeful this can be sorted out in time for Ms Symonds to go to the US as planned,” a diplomatic source was quoted as saying.

Both British and US authorities have yet to comment on the matter.

Symonds’ partner, Prime Minister Boris Johnson, is yet to finalise divorce proceedings with his wife of 26 years, Marina Wheeler, with whom he has four children.

Carrie Symonds, 31, moved into Downing Street together with Johnson last month, becoming the first unmarried couple to live in No. 10.

The two met in 2012, when Symonds joined Johnson’s re-election campaign for London mayor after a two-year stint as press officer for the Conservative Party.