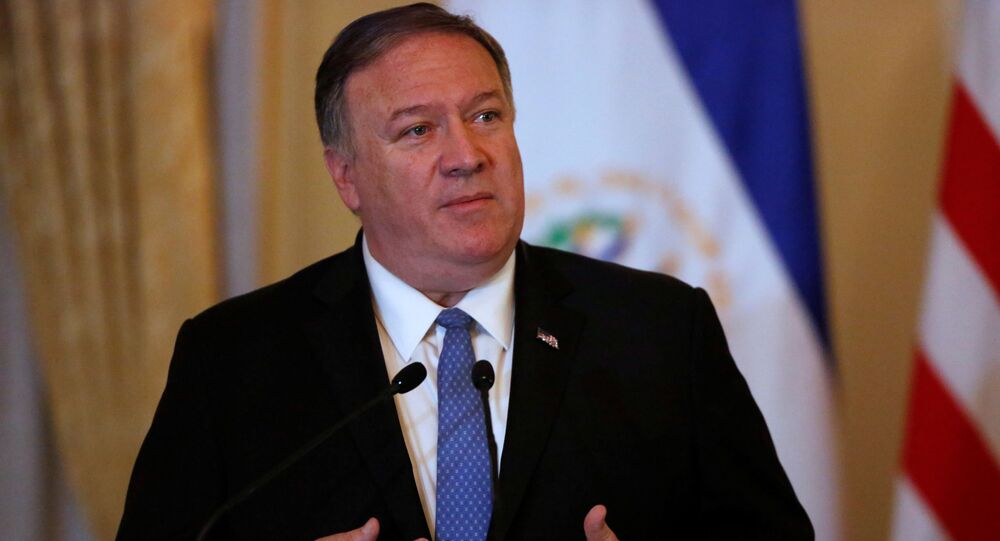 WASHINGTON (Sputnik) - US Secretary of State Michael Pompeo will travel to Canada on Thursday for discussions on Venezuela and the detained Canadian citizens in China, the State Department announced in a press release.

Earlier, Axios media outlet reported, citing five current and former US officials, that President Donald Trump had privately suggested to national security officials that his country should station Navy ships around Venezuela to prevent goods from entering and exiting the Latin American nation.

"Pompeo will travel to Ottawa, Canada on August 22 for meetings with Canadian Prime Minister Justin Trudeau and Foreign Minister Chrystia Freeland," the release said on Monday. "The discussions will focus on the broad and multi-faceted US-Canada strategic partnership and identify opportunities to advance our shared goals, including returning democracy to Venezuela and the release of the two Canadian citizens arbitrarily detained by China."

Venezuela has long been suffering from an acute economic and political crisis that intensified in January when, after disputing President Nicolas Maduro's re-election, US-backed opposition leader Juan Guaido declared himself the country’s interim president.