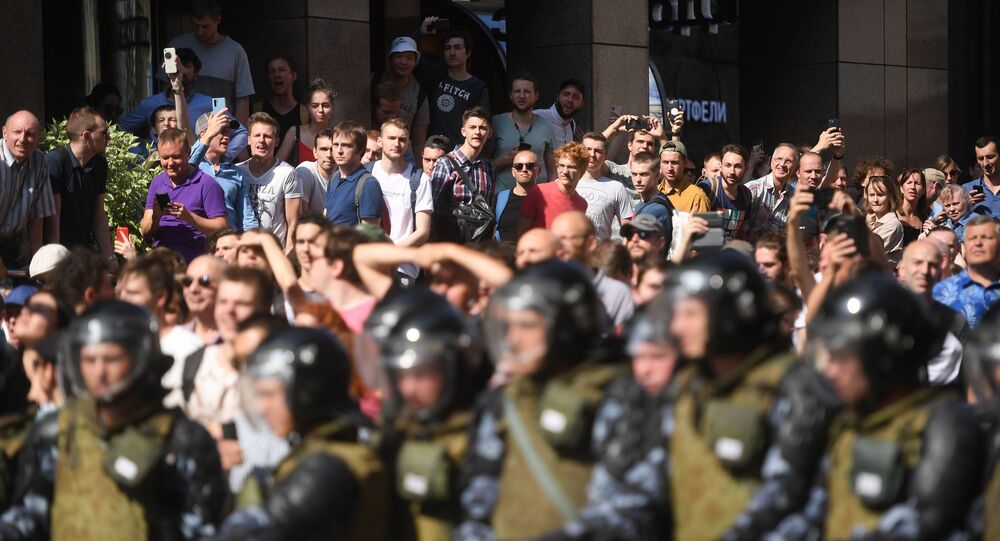 'Revolution' in Russia? How The Economist Messed Up Fact-Checking in Article on Moscow Rallies

The British magazine has published an article about pro-opposition rallies in Moscow that kicked off six weeks ago, citing a young woman who said at a forum in “southern Russia this weekend” that the only solution to corruption and inequality is revolution. However, the youth event that The Economist wrote about took place three years ago.

In an article titled "Protests in Moscow show that Putin’s critics are getting stronger", The Economist quoted a young Russian woman who said at "a state-organised forum in southern Russia" the past weekend, "We have only one solution – revolution. We are like an explosive cocktail. We are ready to go off".

The article was published on 15 August as thousands of people were preparing to take to the streets in Moscow for a sixth consecutive week to join an authorised rally staged by opposition political figures who failed to register as candidates for the upcoming local parliamentary elections.

The newspaper wrote that participants of the forum, including members of the youth wing of the governing United Russia party, voiced grievances over inequality and corruption.

The protests in the capital, The Economist assumed, would set off a chain reaction throughout the country, which poses a real "danger" to President Vladimir Putin.

1 / 2
© Photo : screenshot
The Economist: "Protests in Moscow show that Putin’s critics are getting stronger"

The revolution-charged quote, amid acts of civil disobedience, would have provided a finishing touch to the story, had it not turned out to be a citation from three years ago.

The remark was made at a 2016 national education youth forum, Territoriya Smyslov (Territory of Meanings) on the Klyazma River in Vladimir Oblast – which is not in southern Russia.

During a Q&A with Sergei Neverov, who served as the secretary of the General Council of the United Russia party at the time, a young supporter of the Liberal Democratic Party of Russia (LDPR) was vividly telling him that she and her schoolmates had attended lectures on “how to stage a coup d’etat”.

Addressing the issue of the "sweeping corruption" in a somewhat bellicose manner, she uttered the now-viral words: "we have only one solution – revolution. But we do not want to be revolutionaries. We are like an explosive cocktail. We are ready to go off".

During this year’s national phone-in session in June, President Putin confessed that he felt personally responsible as head of state for cases of corruption by officials and civil servants that make their way into the news cycle from time to time. He stressed that it is essential to make sure that punishment is inevitable – something which must be done publicly.

In light of the recent protests, the video of the young student’s fiery speech resurfaced on social media, quickly going viral, and apparently reached the anonymous author of The Economist piece, who used the quote without verifying the source, despite the newspaper's declared high fact-checking standards.

The protests, called by opposition figures who failed to register for the local parliamentary elections set for 8 September, have been ongoing in Moscow since mid-July. At first they were not authorised, resulting in thousands of arrests for civil disobedience. While most of them were quickly released, dozens are facing criminal investigation for fuelling riots.