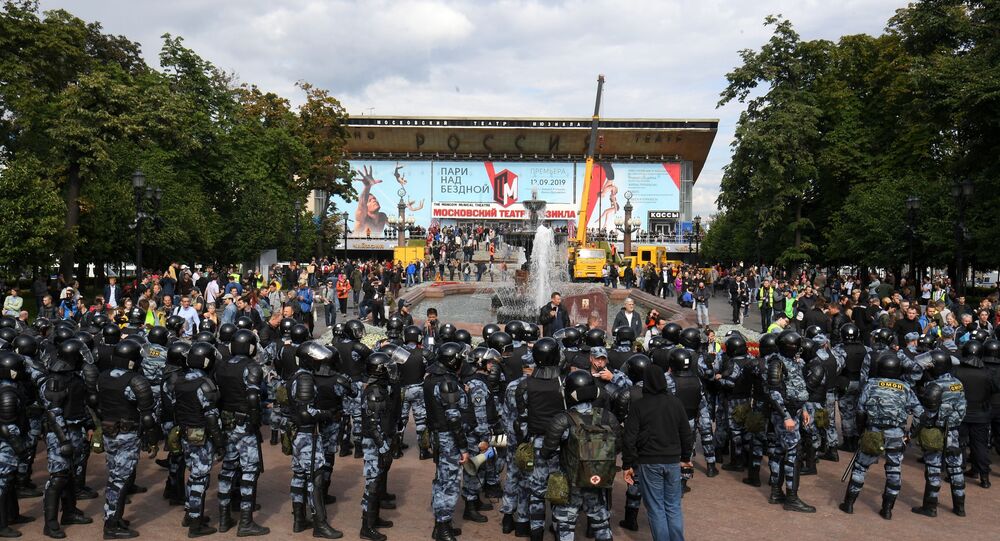 Kremlin Calls Authorities' Use of Disproportionate Force at Rallies Inadmissible

In late July, a number of pro-opposition candidates held rallies and called for acts of civil disobedience to protest them being barred from participating in the September 8 election after they failed to gather the needed amount of valid signatures of support.

Disproportionate use of force by law enforcement officers is absolutely inadmissible and can only be justified if used to suppress public unrest, Russian President's press secretary Dmitry Peskov told reporters, answering a question about police actions during unauthorised rallies in Moscow.

"In the event of any legal action, we believe that lawsuits should be duly investigated and reviewed in court", the spokesman added.

The spokesman added that the Kremlin was following all the materials published on the rallies.

"Of course, we notice, we pay attention to the materials that emerge where there are obviously cases that triggered an internal investigation, by the way, an internal check", Peskov said.

The spokesman remarked that there were also materials that "show disobedience and, moreover, aggression against the law enforcement officers, which is also inadmissible."

"But, I repeat, the presidential administration cannot and must not deliver any verdicts about this. This is not the Kremlin's prerogative. Only a court has the right to make a decision on this, after a proper investigation," Peskov added.

According to the official, the Kremlin believes that there were both authorised rallies and attempts to provoke unrest in Moscow over the upcoming city parliament election.

"One should distinguish clearly — legitimate authorised event of any kind and actions that probably could be qualified as attempts to organise or involve others in mass unrest — these are completely different things. You know, both things took place, I mean there was an authorised event and attempts to provoke unrest", Peskov told reporters when asked if the Kremlin considered legitimate any legal action against participants of the recent protest rallies over mass unrest allegations.

The spokesman added that President Vladimir Putin was paying attention to the rallies.

"But you know that many things happen in Russia every day that the president is paying attention to. And he does not have to give his opinion on each and every one of them", Peskov said.

The protests have been ongoing since mid-July in the Russian capital. They were called by opposition figures who were denied registration for the elections to the Moscow city council scheduled for 8 September.

The previous rallies were not authorised by the Moscow authorities. The protests resulted in the detentions of hundreds of protesters. Most of them were released later. Some of the organisers of the protest were arrested until late September.